Listen Up, Then Speak 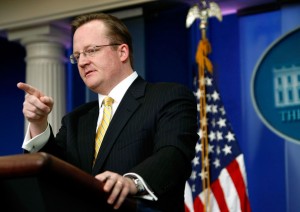 "If you think it’s hard to sell products in this economy, you should try to sell politicians," Robert Gibbs, former White House Press Secretary commented on October 27th at the Council of Public Relations Firms Critical Issues Forum in New York.  Mr. Gibbs discussed the challenges of reaching a broad audience during the 2008 presidential election in an environment where traditional media outlets have far less influence than they did in years past.  As is well documented, the success of President Obama's campaign can be largely tied to the success of his campaign's social media strategy, which helped mobilize and engage millions of voters to support the would-be President.

Beyond the ability to quickly and effectively reach a large audience, Mr. Gibbs noted that the value of social media, namely Twitter, is that it provides instant feedback that can help to determine how an audience responds to a message being delivered by an elected official, a company, or other entity.  During speeches by the President, Mr. Gibbs would keep his eyes glued to Twitter to see what the media was saying about the President's comments. This allowed him to anticipate their questions and devise an effective response.

Whether you're selling mutual funds, automobiles or 2012 presidential candidates, it has become increasingly important to pay attention to what the marketplace is saying on Twitter and other social networks. Mr. Gibbs, like others who spoke at the Critical Issues Forum, highlighted the importance of having sufficient resources in place to follow and monitor what's being said on Twitter, Facebook, etc.  Listening, noted Mr. Gibbs, is key to creating true engagement.

Social media networks like Twitter have made it easier to “hear” what others are saying.  Mr. Gibbs is an expert communicator in large part because he is an even better listener.  By paying careful attention to what their stakeholders are saying on social networks, companies, political campaigns, etc. can too up their communications game.

Emma Townsend takes a look at well known UK political editor, Robert Peston's "vision of uncertainty" and what's next for the world in 2017.