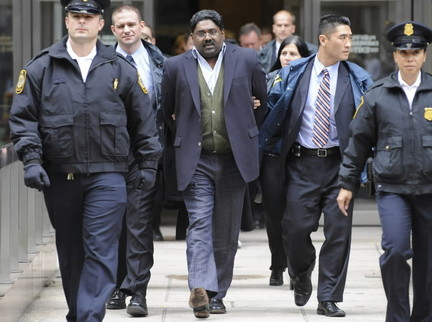 Last week may have been historic on the global front (OBL), but headlines this week were pretty historic on the Wall Street front (Galleon Group).  Chiefly, Raj Rajaratnam, who has been called countless times in headlines as big as the hedge-fund chief from Sri Lanka as the "titan" of the industry, was found guilty of 14 counts of securities fraud and conspiracy in the biggest insider-trading case in the US and in a case that used wiretapping tactics to uncover the crimes (made for TV, right?)  Post-verdict coverage focused on profiles of the US attorney in Manhattan, Preet Bharara, interviews with jurors and nicknames from the jury room on the lawyers ("Napoleon" and "George Washington") and further crackdowns (getting even better for TV, right?).  Much more sure to come.