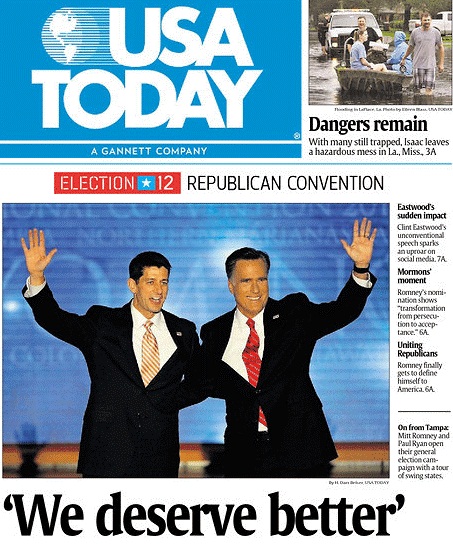 Clint Eastwood made our day at the Republican National Convention with a rambling (?) performance/dialogue with an empty chair representing our sitting president that left many a bit puzzled and showed from a PR perspective that safe bets may sometimes be the best bets.  Romney went from presumptive to nominated but USA Today headline writers went even further in all-bets-now-off front-page photo caption for the new running mates that may have resulted in one empty chair in the newsroom.