Men in the World of PR 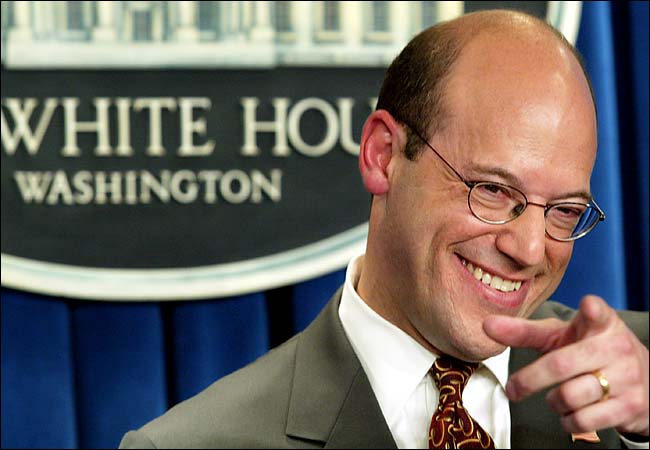 Former Press Secretary for George W. Bush, Ari Flesicher is a well known, male public relations professional who opened his own firm after leaving the White House[/caption] This past weekend, I watched “Meet the Parents”, which is, oddly enough, a movie that gets me thinking about the public relations industry. In the film, Greg Focker, male nurse and protagonist, is made into a running joke because of his occupation. He is portrayed femininely throughout the movie because nursing is a predominately female-driven field. The fact that there are far more male nurses now than in years past notwithstanding, this plot element got me questioning where PR stands these days (itself of course being a traditionally female-dominated field).

Going about the daily work routine in public relations, one seldom stops to think about the dynamics that make up the industry (the more appropriate time for this is while watching Ben Stiller movies, obviously). As I looked into it, I crossed a post from the Institute for Public Relations that was reproduced from PRWeek. The piece, entitled A Few Good Men , summed up the trend of women dominating the PR workforce, not to mention the campuses of most colleges and universities nationwide.

The post raised another interesting point: Does this gender imbalance hinder the overall landscape of public relations? Do we need a stronger male perspective? I’ll leave that up for discussion, but I think that in most cases, diverse points of views add to the working environment.

So why exactly are there so few men in the practice of public relations? Numbers have been thrown out about the percentages within the industry. PRSSA for example, reports a staggering 90 percent of membership is governed by females. Even in the classroom, the percentage of men is a distant second. I can still remember my PR research class at Quinnipiac University was about 90 percent female.

Nonetheless, I’ve thought of reasons why (as a male) I’ve entered the field. Not only are there a number of different sectors you can go into within public relations, but it caters to my strengths. I like to think I’m pretty good at making and maintaining relationships – a trait that is traditionally credited to women and has been somehow adopted as a pseudo-realistic reason for PR’s female dominance. I’ve always known that I wanted to do something in the communications world.

Regardless of statistics and stereotypes, I’ve found that this career path has been a rewarding one thus far. Despite the fact that I’m in the minority gender, I feel certain that, like Greg Focker, I’m headed to where I want to be.