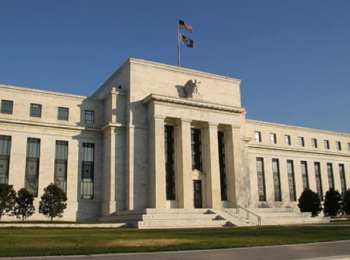 Think back to where you were during the Enron scandal. It has been eleven years since the day that scandal broke, and we’ve come a long way in terms of the transparency expected from corporations and the ethics of financial management. But now here we are in 2012, and still the nation’s largest financial institution, The Federal Reserve, is perhaps the least transparent of all—until now.

Federal Reserve Vice-Chair Janet Yellen, who is rumored to be Ben Bernanke’s successor as the Federal Reserve Chair in 2014, delivered a speech at the University of California this week focusing on the Fed’s efforts to improve their communications strategies.  She emphasized the increasingly familiar term of Forward Guidance, which she defines as “communications about the future course of monetary policy”.

Part of what has driven this generation’s push for transparency is the ease with which we can now exchange information and ideas.  It has become a public relations staple to ensure that a company collects feedback from all its employees—top to bottom, as well as its stakeholders—to really understand how to overcome obstacles and grow as a unit.  Ms. Yellen is pushing for something similar at the Federal Reserve.

Rather than have the Federal Reserve keep “kicking the [interest rate] can down the road”, a popular crutch-phrase used by fiscal cliff talking heads today, Ms. Yellen and her Fed colleagues suggest a more proactive replacement for the same philosophy:  set qualitative, not quantitative, goals, and communicate these with the public so everyone could know what to expect.

Rather than constantly pushing back the date to which the Fed will maintain its near-zero Federal Funds rate (currently scheduled to remain constant until mid-2015), Ms. Yellen proposes a qualitative cause and effect model.  In her example, the Fed announces that it will only alter the Federal Funds rate once unemployment has reached X% and inflation has reached Y%, all of which represents the end-goal of a recovering economy.

This qualitative approach is another hallmark in today’s PR school of thought:  don’t just focus on hitting a number (i.e. how many press releases can you blast out in a month), try to reach a specific result (i.e. induce a positive change in your audience’s perception of your client, product, or company).

Back to Yellen’s qualitative transparency vision:

Let’s say I am Large Company A, and I hear the news about the Fed’s new qualitative and transparent approach. Not only do I now know what to expect, but I understand where and how I can make a difference. The Fed’s increased transparency is showing me that if I commit to increasing hiring, I am helping the Fed reach its target unemployment rate. If the Fed reaches its target unemployment rate, it will raise interest rates. When interest rates go up, inflation rates decrease, which means a stronger dollar.  A stronger dollar can mean more lucrative exports and less expensive imports. It can also move the Fed toward reducing the Quantitative Easing policy that has so many businesses up in arms in the first place. All of this from a little bit of Lasik-style clarity!

Of course, not everything is as simple as this hypothetical example, and there will always be more complex factors to consider. But the Fed finally has a message, and you don’t have to travel all the way to Jackson Hole to learn about it. Their message is, well, that they have a message. And unlike in years past, they also have the courage to share it with you. So plan accordingly.

Do you think the Federal Reserve and Vice Chair Yellen will be successful in their enhanced communications efforts?  Is this the right path for the Federal Reserve to be taking? Share your thoughts below or continue the conversation with me on Twitter @scrsilva .