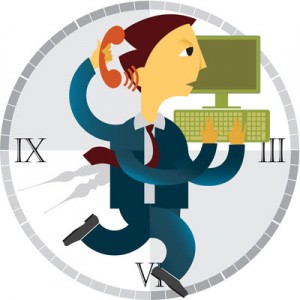 A recent op/ed in The New York Times about productivity in the office caught my attention. The piece, “Be More Productive. Take Time Off,” was written by Jason Fried, co-founder and CEO of 37signals, a software company. I was expecting to read a regurgitation of the arguments I’ve heard a hundred times before about how we’re a nation of workaholics. Much has been written about the 24/7 workweek, how Americans do not use all their vacation days and how taking a break to recharge batteries can have a huge impact not just on productivity, but on job satisfaction. I skipped this article at first and went on to read a piece on the same page about why race is still a problem for the Mormon Church. But I found my way back to the “Take Time Off” essay and discovered that Mr. Fried took the argument a little further than I’d been expecting.

His company, 37signals, has tried to integrate seasonal change into their calendar. He points out that after childhood, seasons cease to have functional meaning. “Work in February is the same as work in May. June’s the same as October. And it would be hard to tell August from April,” he says. Mr. Fried acknowledges that some professions (accounting comes to mind) have times of year that are busier than others, but he says that volume does not necessarily mean change.

His firm has different initiatives based on the seasons. In the summer, which he defines generously as from May to October, his company has four day work weeks. He says the surprising take-away from this experiment is that “better work gets done in four days than in five.” His reasoning is that because workers have less time to accomplish things, they waste less time. I can’t help but wonder if this initiative really works as well as Mr. Fried is claiming. If workers are getting more work done in a four day week, could it be because they’re logging more after-hours time, either officially or unofficially? Or does the smaller window of time really spur efficiency?

Mr. Fried also talks about the success his firm has had with an initiative called “June-on-your-own,” where all regular work is abandoned for a month and employees are encouraged to undertake creative initiatives. Maybe this works for Mr. Fried’s software company, but it is hard to imagine a concept like this translating into a client service heavy industry like public relations. Still, the concept of a month especially devoted to creative work (what we would call Breakthrough Ideas at Prosek) is definitely attractive. What do you think about Mr. Fried’s points about following the seasons? Is it possible to get more done with less time?

The 30K Pitch: What Would You Do for a Captive Audience?

Gen Y - What's All The Fuss About?