Native is the New Black 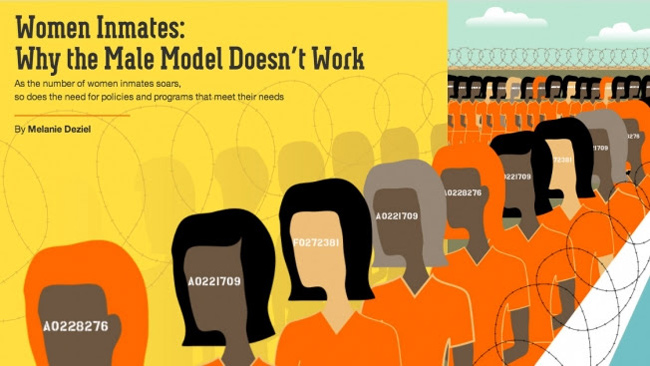 Working in PR inherently makes me a newshound and on any given day you can find me sorting through the Kimye clutter and immersing myself in the day's top business and financial stories. Earlier this week an interesting piece caught my eye, "Women Inmates: Why the Male Model Doesn't Work." It certainly seemed like your run of the mill New York Times feature and was probably something I wouldn't have thought twice about had I not been spending all my free time lately following the behind bars adventures of Piper, Taystee, Red and Crazy Eyes on Netflix's "Orange is the New Black." I decided to dig in and found an extremely robust, well-researched, multi-media piece detailing the state of the U.S. Correctional System and firsthand experiences of female inmates.

It was also a native advertisement, the latest industry buzzword and an increasingly popular form of paid media that looks and feels like natural content. Aside from the tiny Netflix logo at the top of the page and the "Paid Post" label, there was nothing distinguishing this from true editorial content.

Native advertising only works when it moves beyond simply drawing attention to the brand itself and maintains a true journalistic essence. The Netflix piece, produced by the Times' newly created T Brand Studio, a nine-person team charged with creating content for brands, was so effective in achieving this that even journalists from the Times' editorial side have lauded it and promoted it via their own networks.

As digital media continues to evolve and the line between editorial and ad sales becomes increasingly blurred, brands are presented with the opportunity to create original and interactive content to reach their audiences. Beyond simply creating content, the real challenge lies in creating a compelling narrative and telling the brand's signature story. The message has to be more than just, "Watch my show," "Buy my product," or "Hire me to do X, Y and Z." Instead, the brand must associate itself with a broader topic that appeals to a mass audience, ties into a larger theme or has significant societal implications.

Needless to say, the New York Times/Netflix piece has raised the bar on native ads. It helps show us that brands brave enough to adopt a similar approach to storytelling and audience engagement will ultimately be successful in achieving their overall goals.