One Large Strategically Sound Deal for Amazon, One Giant Twitch against Its Rivals 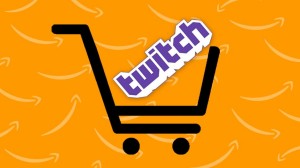 Amazon announced last Monday that it had reached an agreement to acquire Twitch Interactive, Inc., a service that allows viewers to watch streaming video of others playing video games, for nearly $1 billion ($970 million to be precise, all in cash). This is one of Amazon's largest deals to date and is the latest in a wave of new innovations from Amazon. As the company evolves beyond its roots as a low margin online retailer, this acquisition positions Amazon to square off against rivals such as Google and Apple, and continues the trend of tech companies morphing into conglomerates.

First and foremost, the acquisition of Twitch fits within Amazon's recent push into gaming, which it began in earnest with its app store selling mobile games in 2011. The company became more serious about gaming via the creation of an in-house gaming studio in 2012 and committed further with its acquisition of Double Helix Games earlier this year. By also acquiring Twitch, Amazon will markedly increase its footprint in the gaming world.

Also, Twitch isn't as far outside of Amazon's wheelhouse as one might think. Amazon has for some time now been increasing its focus on video content via its Amazon Prime Video offering, and Twitch surprisingly (at least to me) is the fourth-largest source of web traffic in the U.S., after Google, Netflix and Apple. In fact, the site had over half a million nightly primetime video viewers last year, 16 percent more than MTV. As one catchy headline proclaimed, this deal could make Amazon the "ESPN of Video Games." Moreover, all of that video viewing makes Twitch a hot property for advertisers, who pay roughly 85 percent more for ads on Twitch than they pay for ads on video sites on average, something which will surely help as Amazon grows its ad revenues (estimated by eMarketer to be more than $1 billion this year).

This acquisition additionally serves to make Amazon more of a master of its own destiny by increasing the amount of content that it controls in-house (on top of the $100 million it is spending to develop its own TV programming), something that was surely on the minds of executives as they have publicly squabbled with content owners such as Hachette Book Group.

It's also worth noting that by acquiring Twitch, Amazon has kept it out of the hands of tech rival Google, who had previously been rumored to be near a deal for the company. Had that deal been consummated, Google, the owner of YouTube, would have become even more of a dominant force in online streaming video - an outcome that surely would have been a thorn in Amazon's side as it looks to build out its aforementioned video offerings. By buying Twitch Amazon isn't just keeping a prize away from Google, it's keeping its customers within its orbit and away from a variety of competitors. As James McQuivey of Forrester points out, each "minute that you're involved in an Amazon-led experience is a minute you're not at Wal-Mart or not with Apple or Google."

The Power of Branding: How Professional Athletes Combat Racism

Facebook's Sandberg: "It is all professional and all personal at the same time"