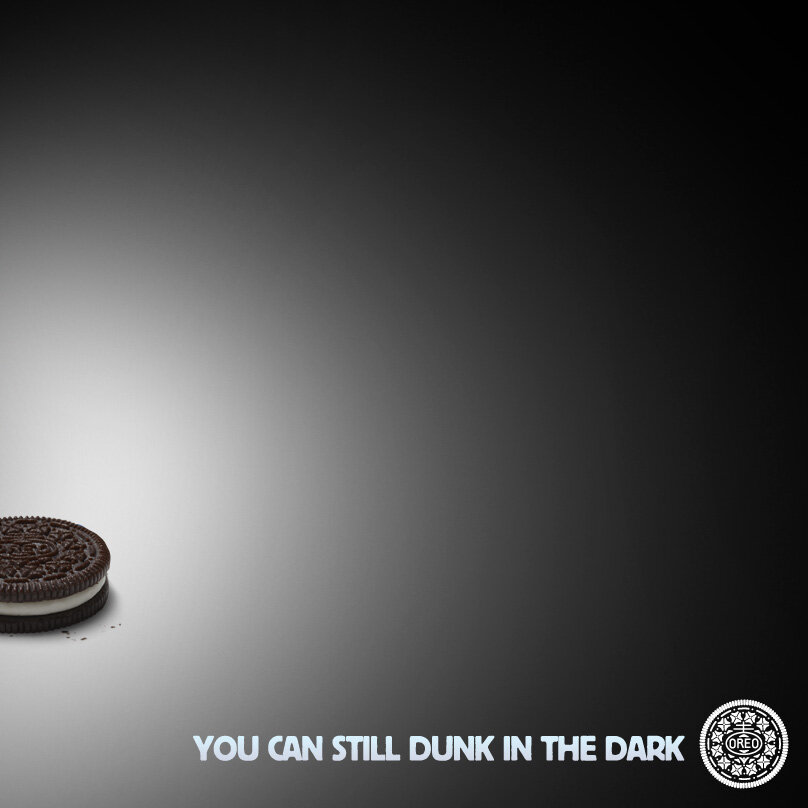 This year’s Super Bowl was filled with unexpected surprises; from a Destiny’s Child reunion to a stadium blackout, it’s safe to say that Super Bowl XLVII was undoubtedly memorable. While the nation twiddled their thumbs yearning for the start of the third quarter, Oreo’s advertising team went straight to work. Amid all the Super Bowl blackout hype, Oreo seized the opportunity for a marketing miracle. The quick-witted team at Oreo tweeted this ad while the rest of the nation, struck by boredom, sat on the couch updating their Twitter feeds while waiting for the lights to turn back on. The tweet read, “Power out? No problem!” reminding all followers and Oreo lovers out there that although you can’t watch the game, you can still dunk your Oreo.

How brilliant is this? Oreo understands today’s society and its need for instant gratification. Since our eyes weren’t currently being focused on the game, Oreo knew that they were most likely focused somewhere that we can find the most up-to-date news, thoughts, opinions and jokes about Beyonce’s ability to drop jaws, and the lights inability to turn on. AKA, Twitter. The ad was simple yet creative, and its timeliness was nothing short of impressive. The tweet resulted in over 15,000 retweets, more than 5,000 favorites and a plethora of replies from followers who complimented Oreo’s speedy marketing skills. The company also posted the photo on their Facebook page, where it received over 20,000 likes.

The ad showed the nation and Oreo’s competitors that they are creatively savvy and able to spot an opportunity as soon as it presents itself.  The lesson learned from Oreo’s marketing masterpiece is to always pay attention to the social media conversation to capitalize on real-time events. Most importantly, however, advertizing and marketing professionals should always be prepared to seize these opportunities.

The Ravens won the championship, Beyonce dominated the stage and Oreo ruled social media. So Oreo, here’s to you. I’ll dunk to that.

Employees Are Now Your Most Important Stakeholder