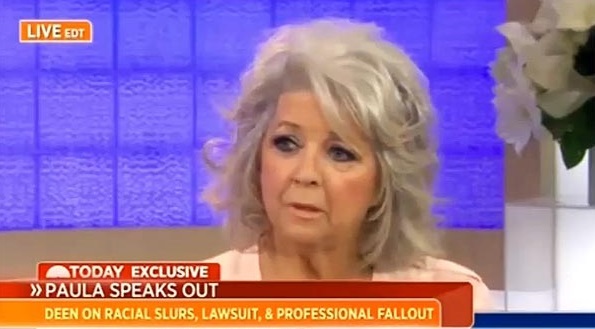 Celebrity chef Paula Deen and her admitted use of racial slurs has been splattered all over the media the past few weeks. The question now is, is it too late for Paula to restore her public image?

Paula eventually came around to releasing a public apology (via video), a month after she admitted to using racist language, and two days after the details were released (which in the damage control world is an eternity). The apology didn’t come fast enough, and worse, came across as so insincere that it only resulted in more scrutiny, proving that some publicity is in fact bad publicity. The apology was subsequently taken down (don’t worry, you can still watch a few clips of it here) and a second one was released, which addressed Paula’s no-show on the Today Show, which she said was because she was too tired (Paula did end up appearing a week later, but it seems the appearance was too little, too late).

So, what were the mistakes that Paula and her PR team made when trying to manage this crisis? The first thing she failed to do was get in front of the story. When a crisis arises, it is crucial to be transparent and to own up to your mistakes. Covering up something is much worse than the act itself. Although Paula eventually did get around to admitting to what she had done and issuing an apology, it lacked any real sense of compassion. Paula literally begged for forgiveness during her apologies, making it more about her than the people that she insulted, and the public picked up on it right away.  Even her excuse for not appearing on Today was selfish and lacked remorse in the eyes of those who felt like they deserved an explanation and a sincere apology. The lesson here is that if a client is ever to endure devastation like this, we need to understand the significance of demonstrating compassion and honesty during a crisis. We must ensure that our client take responsibility to their consumers, customers, fans and/or other stakeholders.

The second blunder was Paula’s total lack of timeliness. In PR 101, we all learned that timing is everything. By not releasing a statement right away, Paula allowed for the press to gain total control over the story for a full two days and decide what kind of damage her brand was going to suffer. She didn’t immediately take the matter into her own hands, which resulted in her losing credibility, respect and most importantly, the opportunity for a second chance. As a The New York Times article about what to do in the case of a corporate emergency said, “When the story is bad, disclose it immediately — awful parts included — lest you be forced to backtrack and slide into the death spiral of lost credibility.”

As a result of these PR blunders, Paula has been cut from 12 of her sponsors over the past week, including The Food Network, QVC, and even the publisher of her new book, Ballantine Books. In this whirlwind of a disaster, it seems like this might be the end for the butter-loving southern chef.

Paula’s brand profile used to be all about southern hospitality and delicious comfort-food. Now her name is instantly linked with this scandal. So I turn to you and ask, can Paula make a comeback? What do ‘ya’ll’ think?