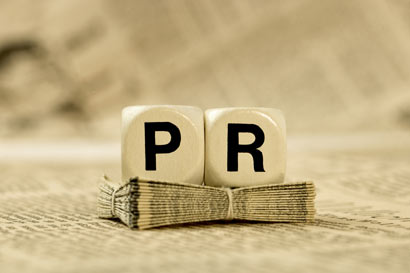 Brian Groom, a business and employment editor at the Financial Times, wrote an article recently titled “PR, an industry with a PR problem,” in which he bid farewell to the public relations industry and gave it its “last rites,” while sarcastically reminiscing about his experiences with people in the industry.

He began the article, “It looks like goodbye, public relations people. It was sometimes interesting, and often aggravating, to know you. I am sure we will miss you when you are gone.” A few paragraphs later, he continued, “The average journalist’s attitude to PR is, to misquote HL Mencken, that of the dog to the lamp post.”

Both his excitement and opinion were largely derived from a recent BBC article with a similar title by Deliberate PR founder Benjamin Webb. Mr. Webb was forthcoming about the public relations industry’s failures and the article was clearly meant as a wake-up call; but it was also optimistic about the future of the industry and mentioned historical achievements, such as Edward Bernays’ work with the NAACP highlighting the contributions of African-Americans in the South during the 1920s. I thought the article was well-written, relevant and balanced; but Mr. Groom selectively quoted it out of context several times. He latched on only to the criticisms and interpreted them as an agency founder’s note to his dying industry.

What Mr. Groom failed to take into consideration is that any entity’s relationship with the public, be it an individual or a corporation, is involuntary. The relationship will exist regardless of whether it is acknowledged or managed. He suggested that as we continue moving into the digital era, the significance of public relations will diminish. There is no doubt that the industry must change with the times, but I would argue that as we move further into the digital era, or the Age of Transparency, the need to strategically communicate and manage reputations has never been more paramount.

As a journalist, I would expect Mr. Groom to understand the impact this digital age is having on all industries, especially those rooted in communication. Few industries have been as devastated by the Internet as traditional media. Both the public relations and media industries must adapt to the changing technological landscape, but it is unlikely either will ever become obsolete. The need for information and the need to manage perceptions are both timeless.

PR for PR was originally posted on PRWeek's Tumblr account on July 31, 2013

Mark LaVoie discusses what corporations can learn when it comes to content from the New York Times' 2020 Vision.

The Real Fake News Part 2: The Evolution of Contributed Content in Journalism