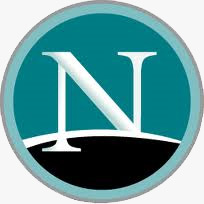 In the TechCrunch post How We All Missed Web 2.0's "Netscape Moment", the Valley Girl herself, Sarah Lacy brings up one of my favorite topics... THE NETSCAPE MOMENT. This “moment” refers to Netscape’s ’95 IPO when the company sent shockwaves through the markets the day it went public.

At the time these guys had a brilliant team of geeks leading the way  — and yes, while they’re most notorious for that, so many have forgotten just how profitable the business actually was after the initial boom. Also, many (particularly in my demographic) never even realized that it was Netscape that actually set the precedent for the for the multi-billion dollar wave of Internet creativity that would transform nearly every industry and the lives of people online today.

Okay, so let’s fast forward to 2011. It’s a well known fact that many companies today are simply not as attracted to the IPO anymore. Even when Google went public in 2004, people were relatively disappointed in the market’s movements. Lacy supports my opinion in that founders are now forced into making one of three decisions: go public anyway, hire a new Wall Street-esque CEO or sell the company before there’s no turning back.

A nice example of the latter is Intuit’s acquisition of Mint.com in 2009. The notoriously charming Mint CEO, Aaron Patzer, made himself a name pretty early on in the game, with a brilliant bells-and whistles-strategy that got him $170 million dollars in the bank. Personally I think the company should have waded in the water a bit more before acquisition (but that's a whole different blog post).

Now, while the option of selling worked for Mint.com and others at the time, Facebook has seen several "moments" for itself and Mark Zuckerberg has essentially created an entire fourth option for the rest of startup world:

"Put off the IPO for years, until you have $1 billion in revenues and are so dominant you can operate by your own rules, and continually do secondary rounds to give anyone who doesn’t like that strategy a way to get a return in the meantime."

So there you have it. We've gone from a Netscape moment to a Facebook era.

Be the Hype Man and Get Ahead