Race to the Truth: How Jamie Dimon's PR Tactic Offset the SEC's Penalty

Earlier this year, I authored a post on the benefits of SEC Chairman Mary Jo White’s new regulatory policy concerning public admissions of wrongdoing.  At the time, this seemed like a progressive way of shining a brighter spotlight on companies that, up until now, treated settlements as the cost of doing business. 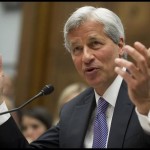 Today it was announced that JPMorgan reached a settlement of $800 million in penalties for the $6 billion trading fiasco uncovered in April of 2012 known as the “London Whale.” In addition, JPMorgan also agreed to make a public admission of wrongdoing.  Many sources, including The Wall Street Journal, consider this to be a victory for the SEC.

I, for one, could not disagree more.

When damaging news is on the horizon, a fundamental strategy in crisis communications is to proactively address the bad news, rather than react to it. Let’s take a look at how Jamie Dimon, JPMorgan’s Chairman and CEO, has gotten ahead of the news:

What exactly is there left for Mr. Dimon to say? Certainly nothing that could be any more damaging 16 months after the fact.  A 16 months, mind you, that saw JPMorgan shares elevate from $31.99 at the time the London Whale trade was made publicly, to $53.14 today.

So while Chairman White’s mandate certainly has the right intention, the lengthy litigation process required prior to reaching the penalizing “public admission” stage mitigates her good intentions. Admission of public wrongdoing could have been a damaging penalty for JPMorgan, but by making several statements about the company’s mistake early, Jamie Dimon beat the SEC to the punch - thereby assuaging the negative impact that the mandate could have had on the share price and financial health of the company.  This policy could have set the bar higher for transparency in financial services; but in this case, the SEC’s timing was off.

Do you think the SEC’s policy requiring defendants of certain securities fraud cases to publicly admit to wrongdoing is an effective penalty?  Join the discussion!

The Times Jumps on the E-Coupon Bandwagon