Noteworthy events for the month ahead. 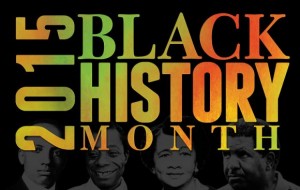 February is Black History Month and PBS has a full line-up of special programs for this month.

We kick off the month with the Seattle Seahawks defending their championship title against the New England Patriots in Arizona on Feb. 1. If watching grown men tackling each other is not your cup of tea, then perhaps check out Animal Planet's Puppy Bowl and Hallmark Channel's Kitten Bowl.

Conference season is in full swing at The Wall Street Journal. In the coming months you will see numerous high profile events, but let's start with February. The CIO Network convenes chief information and technology officers from the world's largest companies on Feb. 2-3 in San Diego. Speakers at this year's conference include John T. Chambers, Chairman and CEO, Cisco and J. Craig Venter, Co-founder, Executive Chairman and CEO, Human Longevity Inc. (HLI).

If you're in Los Angeles on Feb. 3, check out ENGAGE: The LA Digital Storytelling Conference. The conference looks at the intersection of the digital age and storytelling.

Also on Feb. 10 and in New York City is the Clinton Global Initiative Winter Meeting.

Will "Fifty Shades of Grey" be the hottest ticket in town on Feb. 13?

Also, will there be a baby boom nine months from Valentine's Day (Feb. 14)? Think about it.

Bookmark these non-fiction book launches in February: The Opposite of Spoiled: Raising Kids Who Are Grounded, Generous, and Smart About Money by Ron Lieber (Feb. 3), Stevie Nicks: Visions, Dreams & Rumors by Zoe Howe (Feb. 5) and Act Like a Leader, Think Like a Leader by Herminia Ibarra (Feb. 10).

Other important, if not quirky, events to take place in the month of February include Groundhog Day (Feb. 2), Clean Out Your Computer Day (Feb. 9), National Organ Donor Day (Feb. 14), President's Day (Feb. 16) and Cherry Pie Day (Feb. 20). You can get a complete listing here.