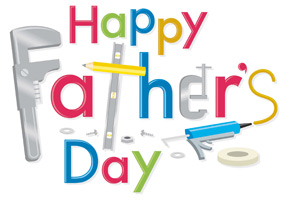 The month of June kicks off with the Apple Worldwide Developers Conference on June 2 in San Francisco. According to the rumor mill, possible announcements at the event will be iOS 8, OS X 10.10, and perhaps a refresh of the iMac. iPhone 6 is not on the docket. Not to be outdone, Google hosts its Google I/O event on June 25 also in San Francisco. Expected announcements include Android TV, consumer launch of Google Glass, more smartwatch models, and Android for cars.

The G8 Leadership Summit is now the G7 as Russia has been suspended due to fear of its military moves in Ukraine. Taking place on June 4-5, the summit's location is now in The Hague in the Netherlands

Gorkana continues its "Connects" series with two events in June: Connects with the Huffington Post on June 4, and with Bloomberg News on June 26.

This year's Father's Day is on June 15. Did you know that there are 70.1 million fathers in America? About 95 million Father's Day cards were given last year in the United States, making Father's Day the fourth-largest card-sending occasion.

The Clintons host the 4th CGI America on June 23-25 in Denver. Focuses on "on finding solutions that promote economic recovery in the United States," this year's agenda include working groups on community investing, entrepreneurship, infrastructure for cities and states, and STEM education.