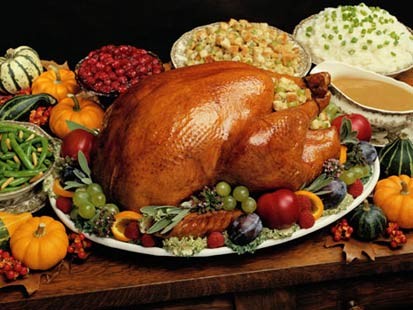 We'll kick off November with Election Day on November 5. While it is an off-year election, there are several significant races worth paying attention to including the New York City mayoral election and New Jersey's gubernatorial race.

Curious to know where's next for economics, politics and business? The Economist to host its annual Global Agenda conference on November 7-8 in London where over 50 chief executives and chairmen of some of the world's foremost companies, and leaders from politics and civil society will tackle this question.

Don't forget to honor the men and women who have served in the armed service on November 11. The National Veterans Day Ceremony will take place at the Arlington National Cemetery. For more information on other events, visit the U.S. Department of Veterans Affairs.

Gorkana will host a couple of "connection" events in November. On November 12, connect with Cosmopolitan UK and US editors at the Hearst Tower in New York City. Then on November 21, connect with a panel of reporters from The Chicago Tribune in Chicago.

This year's Thanksgiving in the U.S. is on November 28, and an expected 280 million turkeys will be sold to celebrate this holiday. For ideas to spice up your Thanksgiving feast, check out Food Network's recipe page dedicated to Turkey Day.

If we're talking about Thanksgiving, we cannot avoid talking about Black Friday, which technically takes place at midnight on November 29. However, due to competitions, stores are now open on Thanksgiving Day. Some stores, including Macy's, Walmart, Target, Kohl's, and JC Penney, have announced Black Friday will start at 8 p.m. on Thursday. Consumers are expected to spend an average of $738, which is two percent less than 2012 holiday spending. Will you shorten your family time to capitalize on this annual sales? I won't. I'm more of a Cyber Monday (December 2) kind of girl.