Step to the Mic: SEC to Require Some Defendants to Admit Wrongdoing

Securities and Exchange Commission Chairman Mary Jo White is changing how wrongdoings are resolved on Wall Street. Ms. White recently announced that the regulator plans to require some defendants to admit to wrongdoing as a condition of settling securities fraud charges, stressing the importance of public accountability in certain cases. 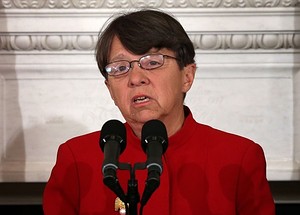 We've seen how tightly financial markets now cling to public discourse, and how sensitive they can be to potentially market-moving statements. Federal Reserve Chairman Ben Bernanke sent markets tumbling over 400 points in two days following his announcement that, if the U.S economy showed signs of improvement, the Federal Reserve might consider altering interest rates and tapering monetary stimulus. The message, while abundantly clear, was no different than what Mr. Bernanke has been saying for the past few months, and in no way guaranteed that any rate changes or tapering would take place. The market overreacted to the potential implications of his statement, and traded accordingly.  The impact was so great that days after, several Federal Reserve governors released statements to re-emphasize Mr. Bernanke's message, all in an effort to calm the turbulent markets.

As it pertains to Ms. White's new policy, corporations in the wrong may take into account the additional damage that a public admission may cause to both the share price and financial health of their company. Take SAC Capital, for instance. While there is a growing investigation into insider trading allegations within the company, no charges have yet been brought (though some affiliated settlements have already been reached). Regardless, investors have pulled billions of dollars out of the company as a precaution, and this is before the company has admitted to any wrongdoing. If these charges are valid, imagine the extra impact a public admission would have on the company.

On the other hand, there is certainly margin for error in Ms. White’s new policy. The SEC reviews an incredibly high volume of cases each year. It is not uncommon for companies who may not be convinced they have breached the regulatory system to reach a financial settlement with the SEC simply for the sake of moving past the issue at hand. With Ms. White's new policy, some companies that may have otherwise reached a quick settlement might in the future drag out the process to avoid a public admission. Perhaps this is why she stressed that this policy initially would only be applied to specific cases.

Overall, this is a positive step in the name of transparency and two-way communication in the financial industry. The impact of public discourse upon financial markets is already quite evident and, due to the increasing speed at which we communicate, is arguably stronger than ever before. The question is whether the financial industry, is ready for what the SEC Chairman (and possibly the next Federal Reserve Chairman), has in store for them.

Do you think forcing certain companies into public admissions of their wrongdoing will make them more cautious of the regulatory system? Will this initiative gain traction in the long-term? Join the discussion!

Can Advertising and Mass Communication Be Transformative?

Representing Your Brand on the Front Lines