Tesla's Electrifying Performance About to Power The Masses 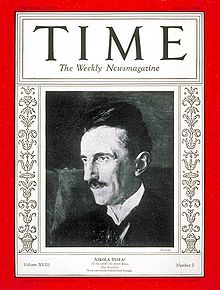 Back in June my colleague Emily Cleary authored a post here about Tesla, which she described as “The Little, Pricey, Electric Car Company That Could.” Well, it most certainly has continued doing just that, following a recently announced very strong set of quarterly results the stock is up 40% since Emily’s post and well over 300% YTD.

Analysts are of mixed opinions on the stock, with many praising its performance while simultaneously noting the company has become quite expensive. Meanwhile, short-sellers who were betting against Elon Musk’s electric autos may finally be running out of gas.

However, Tesla was faced with the quandary of whether to stick to their knitting at the high end of the market, or try to move into the lower priced (and lower margin) areas of the market?

Well, Tesla has apparently decided that they’ll be going the latter route, at least to some extent, and introducing a third generation model that will be far more affordable than its current lineup at $35k (not including any subsidies or credits consumers may be entitled to for buying an electric car). Details of the car are still sketchy (it will be around the size of a BMW 3 Series and have a range of at least 200 miles), and it currently isn’t taking up much of CEO Elon Musk’s time, around 5% he estimated, but as this car comes to market Musk and his team will be faced with some tough questions.

Specifically, how will they balance their reputation for exclusivity with their new found mass market accessibility? The automotive space has not always been kind to single brands that have tried to span a wide range of price points (does anyone remember the original Volkswagen Phaeton?). At the very least, Musk is aware that mass market success hinges on public perception, saying that consumers need to see the cars on the road in order to become comfortable with the concept of electric cars.

Moving forward Tesla will need to deploy a savvy and calculated media presence in order to balance building a positive presence in the mind of a broader base of consumers while simultaneously not alienating their core market of affluent high-end automobile buyers. Similarly, the company, and CEO Elon Musk, would do well to mind how they’re portrayed in the business press, some of whom are likening him to Steve Jobs, whilst others think his sense of humor could use some moderating. In short, Tesla is approaching a transformational period in its growth, and it needs to ensure that said transformation is portrayed optimally in the media.