The Eve of the E-Resume is Nigh 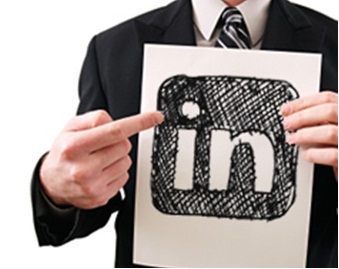 Whoever the makers of those fancy, extra weight, ivory colored “resume paper” packets are (which typically cost you $20 to print one nice document), they’re going to have to find new jobs. In a recent Forbes article, I learned that Facebook may have set its sights on its next offering – an online recruiting platform à la industry heavyweight and Empire State Building neighbor, LinkedIn. The article suggests Facebook will be hard-pressed to dethrone what has become the foremost recruiting tool for HR executives and search firms alike. And with LinkedIn’s current valuation somewhere north of $10B, it is less likely Zuckerberg will consider pulling another Instragram-like buyout of its social peer.

What looks like it could be the beginning of a playground turf war between the two social powerhouses leads me to a definite conclusion. The days of paper resumes are dead. I can’t even count how many times I marched my one-page proclamation of worthiness (AKA: my resume) into the career development center at my university. I looked for suggestions on how to bolster the descriptions of my professional experiences and highlight, in a relevant way, the parts that would bring out the more intangible skills I had developed, my personality and work ethic. It always seemed so counterintuitive that the first thing potential employers would “see” of me was a voice-less, color-less document which would probably sit in the middle of a stack, waiting to be read, or have coffee spilled on it, or be lost in the shuffle.

As has become the case with many of the more “traditional” ways we conduct business, the job search and recruiting process has largely moved online. As such, so have the ways we share information with potential employers and those we want to network with.

Undoubtedly there are still some traditionalists out there, but what the “e-resume” offers for those in the job market is far beyond just another way to get in front of recruiters and HR executives. If you visit any souped-up profile (don’t you love how LinkedIn just stops counting once you reach 500 in your network?) you’ll most likely see not only employment history, some references and a couple extracurriculars listed. The best of the best LinkedIn users have set up a blog roll, their Twitter feed, and a “recent reads” application.

To the untrained eye these may seem superfluous add-ons, but let’s take a look at a hypothetical situation. Let’s just pick any old industry…how about PR? How much more likely are you, as someone looking to fill a position at an agency, to contact someone who you not only have a loose connection to (and can call on your mutual connection to get some background) but also someone who recently tweeted an insightful comment on the decline of print media or who also recently read your favorite book, Great by Choice?

As part of our recent rebrand, we identified our own LinkedIn presence as an area for growth. Launching a new page alongside our fancy new logo and website, we’re aiming to make ourselves as accessible to those who have taken the effort to make themselves marketable and accessible to us. The question of whether Facebook (or any other social media player) will make headway in what seems to be a burgeoning market is an interesting one. With Facebook’s audience skewed much younger (and recent announcements they could make a parent-sponsored Facebook Jr. available), it’s unlikely they will grab much of the share from LinkedIn right off the bat. In this economy, however, those “looking for jobs” could be considered a very healthy consumer demographic. And if this remains true, the others will find their way in. Who knows? Maybe Instagram will add a “headshot” filter option next!

The Role of PR in Mexico's Mid-Term Elections