The Power of PR Emerges in Brazil's Elections

The first round of Brazil's presidential elections are in, and the two candidates who will be advancing are incumbent Dilma Rouseff (Worker's Party), and former Minas Gerais Governor Aécio Neves (Brazilian Social Democracy Party). While this would not have been a surprise outcome as far back as 18 months ago, so much changed since then that this was actually a toss-up until the very end. It is also an excellent case study for the power of communications.

Until the beginning of this year, Dilma was long considered the favorite to retain her presidency. Due to a wide range of factors that all came together over just a few short months—sagging economy, corruption accusations, mismanaged spending, and others, her popularity began to decline and Brazilians began looking for other alternatives. Towards the beginning of August, the presidency had evolved into a three-person race between Dilma, Aécio, and Eduardo Campos, the latter who was well-liked across many circles. In mid-August, Campos was killed in a tragic plane crash. His Vice-Presidential candidate on the ticket, Marina Silva, took over the campaign and declared her presidential candidacy.

Marina started her campaign with an absolute bang thanks to her environmentalist background, promises of sweeping reform and radical social policy changes, and her vision of "a new Brazil" that would be rid of political corruption and mismanagement. Within just a few days, Marina was leading all polls and was expected to significantly beat out Dilma. Marina's lightning in a bottle-type campaign catered to a wave of young Brazilians, many who had taken to the streets just a year earlier seeking change and protesting against the current government's missteps. But lightning can fade just as quickly as it strikes, and this proved to be the case for Marina's candidacy.

As the presidential debates began heating up (Portuguese speakers can access the full debates here), Marina reigned in a lot of the sweeping social changes she had originally proposed, which were designed to cater to the masses involved in the aforementioned protests. Her honeymoon period ended when many voters realized she would take a more conservative approach than initially expected on these social issues. Combine that with a wave of attack ads from her competitors that Marina did not have the resources to fend off, and her incredibly promising candidacy vanished just as quickly as it had emerged. Undoubtedly, corporate communications professionals can take many valuable lessons from how these primaries unfolded.

First—stability and strategy will always trump flash when developing a strategic communications plan. While certainly not her fault due to unforeseen circumstances, such as the death of Eduardo Campos, Marina was in a position where she had to do too much too quickly. She may have gained global notoriety for her efforts and exuberant style, but ultimately when it came time to put pen to paper, Brazilians sided with the more established Aécio, who has a stellar track record as former governor of Minas Gerais, and Dilma who, together with her predecessor and mentor Luí­z Inacio Lula da Silva (AKA "Lula"), helped lift millions of impoverished Brazilians up into the country's middle class via an array of social programs.

Second—transparency still reigns supreme. When it came time to lay out the details of her vision as president, Marina became more conservative on social issues that many young voters expected her to be aggressive on, based on previous public addresses. One of her big momentum pushes was attacking the corruption that many accuse the current Brazilian government of having, but her solutions here did not resonate as expected.

Third—defensive PR is still as important, if not more, than offensive PR. Marina lost a ton of votes due to a huge wave of attack ads from her two competitors. Because of how late she started, resulting in very limited fundraising/resources, Marina did not have the ability to dispute these ads. This caused her to lose control of her own messaging, which ended up in the hands of Dilma and Aécio via these ads. 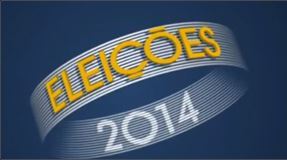 Dilma and Aécio will face off on October 26th for the honor of being known as their nation's leader. These two candidates could not be more different. While Dilma is considered a drag on Brazil's economy, Aécio is known for his business prowess. But this same prowess has created somewhat of a negative, elitist image for Aécio in some circles, whereas Dilma has long positioned herself as a supporter of the lower and middle class. There is very much a sense that Dilma has done enough to preserve the status quo of the current government. To quote a dear Brazilian friend and filmmaker, Marko Guasti, who resides in São Paulo:

"In the end, I do think life got better for those who really needed it to get better and has not gotten worst for the rest. This is why Dilma has so much support and this is why she is going to win."

But the more compelling question is what happens to Marina's voters, who still accounted for 21 percent of primary votes.Â  Many believe that Marina might sway her voters to support Aécio in an attempt to replace Dilma, which is certainly plausible given their positions on several key economic issues.

In either case, it's safe to say that financial markets have, and should continue, to react to this election's results accordingly - bullish if Aécio wins, bearish if Dilma wins. In the interim, communication will be key in how this next and final round of Brazil's elections plays out. And communicators globally will be watching.

Stay tuned for our follow-up post after the October 26th election!

Listen Up, Then Speak