The Resurgence of Brown: A Lesson in Rebranding 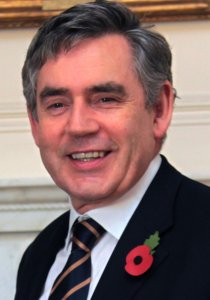 As the dust settles following the Scottish referendum on independence, analysis will surely follow about how the campaign ran, the tactics used by both sides and how effective these were.

However, one of the more unlikely stories that has emerged from the campaign trail may find itself overlooked in the annals of history. Yet, that story, which could come from some sort of political soap opera, holds a number of valuable lessons about turning defeat on its head and reinventing oneself. That story is the rebrand of Gordon Brown.

When Brown left Downing Street following a defeat in the 2010 General Election, his popularity was at an all time low. After spending 10 years as Chancellor of the Exchequer and three as Prime Minister, Brown was taken to task for everything from his leadership skills to the global recession. After leaving office, he regularly featured highly in polls of Britain's worst Prime Ministers.

However, fast forward four years, and Gordon Brown has experienced a political resurgence at the helm of the "No" (to Independence) campaign. No longer seen as an incompetent statesman lacking charisma, Brown has successfully reinvented himself as a leader and a man of conviction; passionate about Scotland, positive about the Union and, quite remarkably, the man that saved the "No" campaign from the brink of defeat. So what changed and what lessons can we learn from Brown's inconceivable turnaround?

There were four stages to Brown's process, each providing a useful lesson for organisations seeking to overcome negative publicity and rebuild their public image:

The resurgence of Brown was unexpected and how much of this was intentional, we'll never know. However, moving away from the label of Britain's worst Prime Minister to the man that saved the Union is a PR coup on a massive scale, and something we can all learn from.

New Hire Training: Worth the Time and Investment