The Value of Preparation

There is a video making the rounds of the BBC's technology correspondent Rory Cellan-Jones speaking to Mike Lazaridis, the co-chief executive of Research In Motion, the fine folks behind the BlackBerry and the recently launched Playbook tablet. 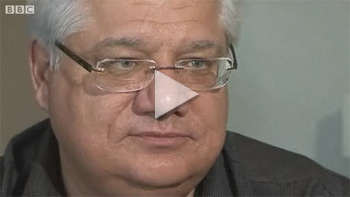 Presumably after discussing the tablet (we are only able to see about a minute and a half of the exchange), Mr. Cellan-Jones then questions Mr. Lazaridis about the ongoing issues surrounding “security” and the BlackBerry platform, specifically in India and the Middle East. What transpires after that question is asked is both puzzling and disquieting.  After first dismissing the question as “unfair” and stating that BlackBerry is being “singled out,” Mr. Lazaridis, after some furtive glances assumedly to a handler on his right, abruptly ends the interview and demands the camera be shut off.

In all fairness to Mr. Lazaridis, this is a very short clip extracted from what one would assume is a much longer interview (which is scheduled to air on BBC Click in late April.)  However, regardless of what comes before this clip of the interview, I was struck by two simple but unavoidable questions:

To answer the first question, I submit that perhaps Mr. Lazaridis was lulled into a false sense of security that this interview would be ONLY about the Playbook, never expecting that the correspondent would explore other issues.

As to the second, it is clear that Mr. Lazaridis (and one would assume, the rest of RIM’s management) remain very concerned about the issues abroad, a point that is made crystal clear as the interview is quickly scuttled.

The issues surrounding RIM in India and the Middle East are not new news.  This is a well documented and widely reported issue that I am certain Mr. Lazaridis has dealt with before.  I would also imagine that there is a well-established set of talking points and messages specifically dealing with this issue.  Why, then, did this reporter seem to strike such a nerve?  Why was the co-CEO of the company not prepared to answer this question, moreover, expect it?

Given the opportunity to conduct this interview again, I am quite certain that Mr. Lazaridis would have taken a much different approach.  However, the true lesson here is that as a corporate leader, one must always assume that there will be “one more question.”  Indeed, as corporate communications professionals, it is our duty to always prep our clients to expect the curve-ball that could lurking at the end of the reporter’s list of questions.

As a result of the abrupt termination of the interview, significant undue attention has now been brought to Mr. Lazaridis’s poor handling of question (even cursory Google and Twitter searches confirm this).  But perhaps more importantly, there appears to be a renewed and heightened interest in the “problems” RIM is facing in India and the Middle East. The curve-ball question, instead of an opportunity to re-assert RIM’s stance on the issue, leaves viewers with even more questions about just how serious these issues are--or worse, if RIM even has a plan to resolve them.

Turning the Tables on Russell Sherman: Celebrating International Podcast Day with the Host of Press Profiles

Check out our chat with Prosek’s Russell Sherman, Partner and creator and host of “Press Profiles,” a behind-the-scenes podcast featuring today’s most influential business journalists.