Thinking About Feeling: The New Approach Toward Happiness 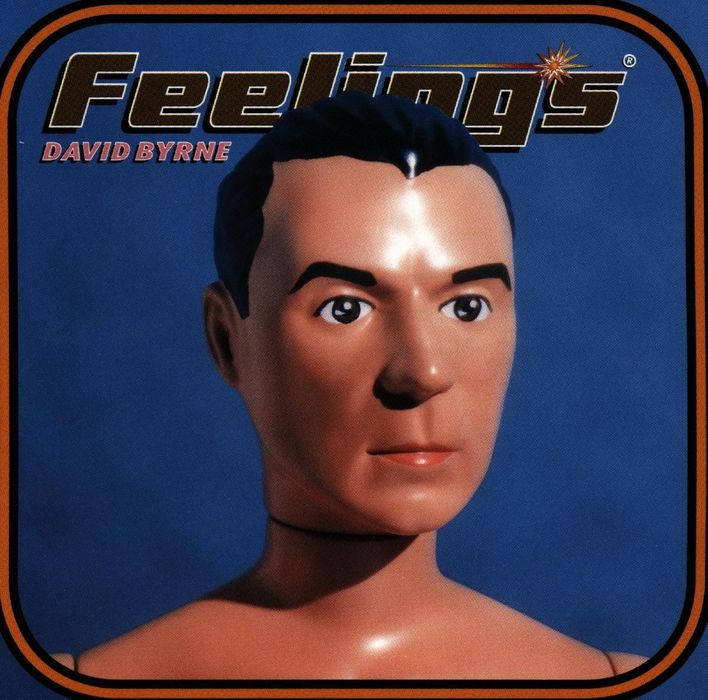 I believe that we think (or even talk) about the things we feel more than we actually feel them. Don’t worry, this sentiment—sentiment being the best cross between thought and feeling … a “mental feeling”— isn’t going to glide into an exegesis of feeling; however, I am, having thought a lot about it lately, going to talk about happiness, whether I feel like it or not.

The New York Times recently published an article on the Austrian-born graphic designer Stefan Sagmeister, whose work I first encountered via the album cover he designed for David Byrne’s Feelings. Sagmeister’s new exhibition, “The Happy Show,” has recently opened at the Institute of Contemporary Art in Philadelphia. Though it would be tempting to discuss the work in this show—there’s a plastic-sealed beerwurst with the word “HAPPY” cut out of it—I will leave it up to the linked article to reveal more information on how Sagmeister comprised the exhibition, and also to view the results from his immersion in the more “complex” approaches toward happiness. In fact, his research is still continuing and includes long stints with meditation and what looks to be a foray into prescription pharmaceuticals, so it could be a long haul for pertinent results. That said, let’s not wait for Sagmestier and instead take up happiness ourselves, as we can.

I’m most curious about what things, without being either caustic or even ethereal, strike as happiness and if these things are the things, positive-psychology research aside, being scrutinized. When I loosely say “things” I mean the things most people respond with when asked what makes them happy: friendship, love, peace … these are all arguably ethereal things, so when we reach more into tactile things such as wealth, stability, food and travel, it becomes easier to quantify, yet just as difficult to qualify them as the ethereal. Either way we sort of seem stuck at gesturing toward what makes us happy, the ultimate conundrum of answering the question “how do you feel?”

So then, how to judge our own happiness, how to get past this thinking and language stuff, these things? My first suggestion is not to judge happiness all but instead own it. Yet what would that call for? When I think about happiness I cannot pinpoint the structure of it nor can I articulate what exactly it is/was because I believe that when undergoing happiness, especially in-the-moment happiness (or is that just joy?), we are almost entirely carved out of the space of thinking. Happiness submerges us and as we come slowly out of its spell we’re left back at thinking what it is that makes us happy. Before I delve too far into this and risk waxing philosophical, I want to stress how this is just a bumbling curiosity—a sock in the entire wardrobe of a theory—so allow me, if you will, to think out loud about happiness for the time-being.

Aside from the in-the-moment aspects of happiness there are also more slow-release aspects, the kind of happiness that comes when you ask a friend what it is that made him propose to his fiancé and his reply is “I don’t know man, she just makes me happy;” the kind of happiness that survives inside of “happily married;” the kind of happiness that exists in uttering an old friend’s name or holding one’s first child or taking a giant golden retriever for a walk along a soundless lakeside, etc. Yet if these slow-release or continuous modes are in fact happiness, if they do carry on through time, what leads one away from happiness while existing inside the continuing happiness? Is it the time away from each, the spread between embraces or conversations or leashes? Certainly, these are questions that will not go answered right away. They are useful for discussion because when you’ve been thinking about something enough you should try and discuss it. Then maybe articulation arrives and things start to make a little sense.

With Sagmeister’s research there is a lot to admire and a lot that could make sense, mostly in the approach toward training one’s mind to be happy in, as Sagmestier is quoted says, “the same way one trains one’s body.” This would allow for those wishing to be “happier” to take an approach that is within reach, less ethereal. We could work toward happiness much like we work toward completing reachable and quantifiable goals. Yet I am not entirely interested in defining happiness yet, only wishing to think more about it and perhaps feel it a bit in that moment where I cannot explain what it is. Given all this back and forth I don’t think I’d want to talk about any of this if I hadn’t read about Sagmeister’s research. So if there are solid and alluring results in this training then it might become easier to talk about happiness and perhaps even feel it. At least that’s my sentiment.

Be the Hype Man and Get Ahead