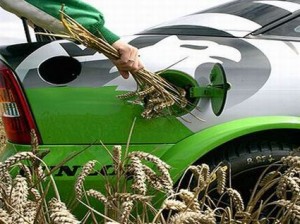 Columbia University launched its NYC Energy Consumption Mapping Project, which tracks the energy consumption of every building in NYC. The findings, while not shocking, do have some standout points. Overall, midtown Manhattan consumed the most energy while Brooklyn consumed the least, however, the SW corner of 57th and 9th (a vacant, dilapidated building) had one of the highest ratings possible – Shame! Columbia doesn’t just have their eye on New Yorkers and their energy consumption, they’re keeping watch over several trackers of various environmental concerns, including American’s generation and management of waste.

This Column is About Energy not Waste

Or is it? Who says they can’t be one in the same? This week, Enerkem, a company that turns waste into biofuels, filed for a $125 Million IPO following receipt of conditional $80 million loan guarantee from the government. Enerkem is one in a long line (“long” is relative to the biofuel sector) of companies, such as KiOR, Ceres and Renewable Energy Group, among others, that have or plan to file IPOs. Another renewable energy company, SolarCity, plans to file for an IPO, potentially as early as next month, according to Bloomberg.

A Light at the End of the Tunnel

Rockland Capital has announced that they are purchasing one of the DOE’s not so shining stars, Beacon Power, for $30.5 million. Beacon, a flywheel energy storage company, filed for Chapter 11 in October of 2011 after receiving the $43 million government-loan guarantee in August.

Josh Fox, an HBO documentarian known for his film: Gasland, was arrested last week as he was filming for a new documentary during a House Science Committee hearing on hydraulic fracking. Capitol police charged Mr. Fox with unlawful entry and claimed that he did not have the proper media credentials (what? An Academy Award nomination and professional camera crew aren’t proper credentials?). The arrest was prompted by Republican Representative Andy Harris of Maryland, who objected to Mr. Fox’s presence, mind you, the hearing was later broadcast on the committee’s website. The New York Times presented a great article providing a synopsis of Mr. Fox’s dilemma and an update on his release.

A Birthday Shout Out

A special Happy Birthday is in order for Greentech Media as they celebrate bringing us five years of quality coverage surrounding green technology. Click on over to check out some of their recent features on the energy and cleantech sectors. That’s Watts Happening in Energy this week… plug in next week for even more illumination.

The Opportunity Cost of Tuning Out