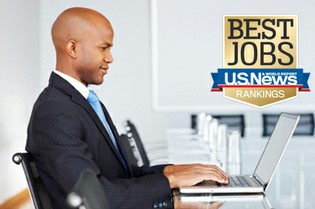 It was great to see that US News ranked PR Specialists as #1 in its recently released list of the best creative jobs, followed by architects and art directors.

The gift of gab and understanding the art of the sell are paramount to working in PR. But there's also a lot of finesse involved in producing and distributing communication materials that uphold and promote a client's image. According to the U.S. Bureau of Labor Statistics, this occupation should grow by nearly 23 percent by 2020. That is good news for all of us here at Prosek Partners and across the industry.

It got me thinking about why I chose to be in PR in the first place. Most people don’t seem to truly understand what PR professionals do; they either have a slanted view of us or they regard us as some iteration of a lobbyist (see: Nick Naylor, from the movie “Thank You for Smoking.”) But, my reasons for working in PR included a love of writing as well as an innate ability to build relationships with journalists (probably because I have a degree in broadcast journalism and so I understand their wants and needs). I also have a desire to help companies connect with their target audiences in order to educate these populations about products and services that can ultimately add value to their lives.

In their recent book, "The Death and Life of American Journalism," Robert McChesney and John Nichols tracked the number of people working in journalism since 1980 and compared it to the numbers for public relations. Using data from the U.S. Bureau of Labor Statistics, they found that the number of journalists has fallen drastically while public relations people have multiplied at an even faster rate. In 1980, there were about .45 PR workers per 100,000 population compared with .36 journalists. In 2008, there were .90 PR people per 100,000 compared to .25 journalists. That's a ratio of more than three-to-one.

Why such a dramatic shift?  In reality, PR specialists serve a more important role today than ever because we are helping fill in the gaps of ever-shrinking newsrooms at national and regional newspapers across the country. The rise of digital media has already taken its toll and will only continue to detrimentally impact the print media sector. The symbiotic relationship of PR specialist and journalist is one that can only work well if both parties feel that they are getting their fair share out of the deal. I think it’s because of this aforementioned shift that we have finally reached a tipping point where reporters can truly appreciate the value that PR specialists add to their stories and their overall ability to do their jobs more effectively.

In a new three part series, Matthew Luongo and Kayla Muller examine the world of "The Real Fake News." Part one explores pay-to-play scams used by publications and award programs that are replete with empty audiences and created to siphon money from legitimate marketing budgets.