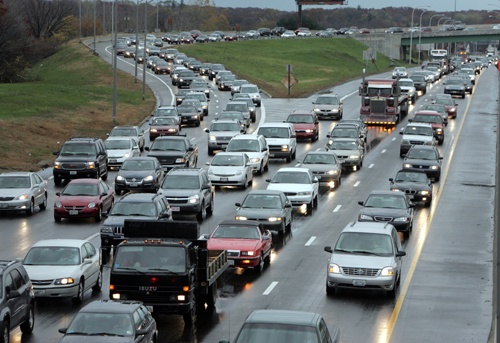 The 2008 recession impacted businesses in a variety of ways. It is responsible for the growing adoption of the four-day work week and telecommuting. It is also the mother of a whole new breed of workers: the super commuters. I recently came across a study done by Professor Mitchell Moss at New York University and was completely captivated by this new breed. According to Moss, super commuters are those who work in a city that is at least 100 miles away from the city where they reside. Often times these 1.15 million super commuters who live in 10 large U.S. metro areas leave home at the break of dawn on Monday to fly, take the train, drive, or a combination of all three to get to their offices, and return home on Friday. Why would anyone in their right mind do this you might ask? It can't be about the money. Actually, it is.

Unemployment number is still high so many candidates are willing to take any job even if it requires them to be on the road for many hours. Additionally, these super commuters are not willing to uproot their family and move closer to the new job. The economy is still unstable so they are not willing to take that risk. Fortunately, many employers are accepting of this new breed so this trend is continuing to grow according to Moss. Based on his research, Texas has the highest concentration of super commuters - about 427,000 people (13 percent of the workforce) - with Houston leading all markets. Areas in the north of Manhattan saw a 60 percent growth of super commuters and Philadelphia experienced a 50 percent increase in workers who meet the criteria. Farther west, Seattle also saw a jump while 8.6 percent of the workforce in the areas surrounding Phoenix can give themselves that brand.

How long is your commute? I bet the time you spend on the train or in your car each day is not even a fraction of these super commuters'. So next time when you start to complain about your commute, think about these super commuters and be thankful that after this horrendous 45-minute commute, you will get to see your family while they have to wait until the end of the week.