Will the 2012 Euro Cup Bolster the Host's Economy? 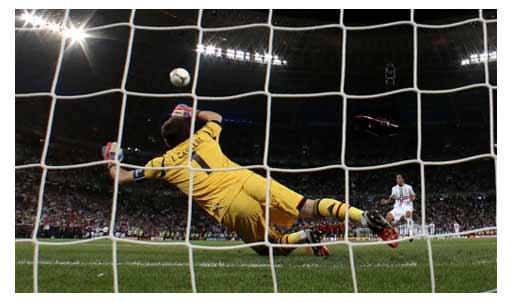 Many don’t mix work and play, but sometimes it’s a refreshing change of pace. That’s why I’m excited to be penning a post that spotlights two of my passions, sports and financial news.

These topics would seem to be the polar opposites of each other, but I find that there’s a direct correlation between the two. Now, I’m not talking sports finance as in how much money A-Rod is making, or how many Brooklyn Nets hats Jay-Z can sell. I’m talking about how sports have the power to impact an entire country’s GDP.

As we speak, the 2012 Euro Cup is being held in Poland and Ukraine. Second only the FIFA World Cup, the Euro Cup is the main soccer (or football, to my European friends) championship for teams governed by the Union of European Football Associations. The event is held just once every four years and spans an entire month of competition across (and in some cases, like the host countries themselves, just a bit outside) the Eurozone.

The Euro Cup is followed by millions across the globe and, according to estimates, will bring in approximately 700,000 to 1.5 million tourists to Poland alone this summer (matches are also being held in the Ukraine). When put that way, it is clear that this event has the ability to be an economy boosting occasion for its European hosts.

Clearly, there are some very serious investments being made from an infrastructure development standpoint. To be true, it’s tough to see much of a long-term economic jump-start result from the construction of new sporting facilities. However, the upgrades to the infrastructure – particularly from a transportation standpoint – can only make a positive difference in the long term sustainability and productivity of the national economy.

For these countries, the certain long-term benefits of infrastructure development could pair nicely with the short-term boost in tourism/entertainment spending. Success is attainable for host countries of major sporting events – just take the results from recent Olympics. The flipside? With global and especially regional economic conditions currently reaching a boiling point, now might not be the time to spend a large part of the annual GDP on infrastructure.

Spencer Gotschall is an intern at CJP Communications