Women Conquered the Gender Pay Gap, But is There Really Equality for All? 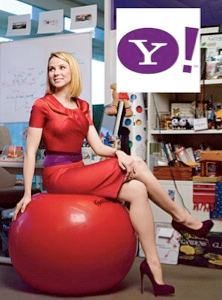 I read an interesting op-ed this week on women in the workplace. Some may be familiar with frequent Forbes contributor Tim Worstall. He’s written several contrarian pieces in his time (mostly in the tech space) with topics ranging from the pronounced death of Facebook to a potential Apple boycott. His flavor of this week however, is a discussion on whether women in the workplace “can have it all”. His conclusion: they can most certainly not.

Tim’s most recent piece discusses Monday’s news that 37-year old Marissa Mayer, former Google executive, will join Yahoo! as its new CEO (and one of a small club of female CEOs running Fortune 500 companies).  While there have been plenty of articles out this week exploring Mayer’s background and what this means for the company, Tim chooses to focus in on another aspect...Mayer’s baby bump. It was reported by several sources that Mayer disclosed her pregnancy to Yahoo’s board in June before her hire was made official. In her opinion, her pregnancy will have no effect on her position as CEO. In Tim’s opinion, it most certainly will. Mayer has stated she will only take a few weeks of maternity leave and be back in the office to tend to her new role. Tim – and many others I am sure – seem to think Mayer is unfit to make this call, being a first time mother let alone a first time CEO.

Tim’s article continues as a lament on the unfortunate fact that by our very nature, women, must always chose between work and motherhood. He thinks that one, undoubtedly, will take precedence.  He also details that while most have considered the “glass ceiling” to have been shattered and women to have the same pay opportunities that men do, mothers are an exception to this new rule. Of a similar note, Forbes reported earlier this year that women who keep their maiden names may do so for branding purposes and other studies indicated that by keeping their last name women actually have the potential to earn more than women who take their husband’s last name after marriage. Whether we agree with these ideas or not, this brings up an interesting argument.

Will women always be viewed as unequal to men in the work force simply by the very nature of our sex? I’ll leave it up for discussion, but before I do so, it may be interesting to also consider the parallels between raising a child and leading a multi-billion dollar company. WSJ recently reported Mayer’s not the first one to raise a child and profits at the same time.

When The Communications Team is Last to Know