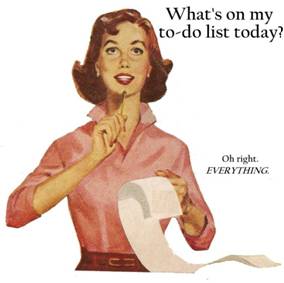 Can we achieve success in the traditional definition without all the stress?

That is what was under discussion yesterday at The Huffington Post’s first ever women’s conference, "The Third Metric: Redefining Success Beyond Money & Power,” in New York.

The conference is essentially analyzing work-life balance and examining ways to redefine success with a “third metric” – I suppose one that doesn’t give the stink eye to prioritizing personal health and wellness or raise judgment of those who don’t sleep with their smartphones.

At the conference, Arianna discussed the high costs associated with stress -- equating it to a $300 billion loss per year to U.S. corporations ($200-300 billion because of indirect healthcare costs). This is an interesting data point especially for women who are no longer just the main caregivers in a family – they’re also increasingly the main breadwinners. In fact, according to a recent poll released by Pew Research Center, 40% of American households with children under age 18 now include a mother who is either the sole or primary earner for her family.

Based on these statistics, there seems to be a real clear need for a third metric in order to sustain the workforce’s current trajectory. What do you think? What would be your third metric to define success?