Your Employer Accessing Your Personal</br>Social Media Accounts... It Could Happen 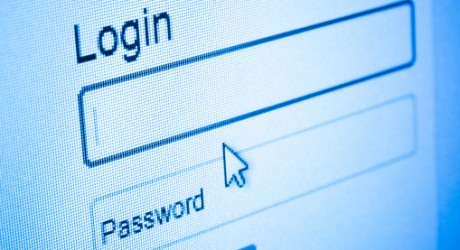 College seniors around the country breathed a collective sigh of relief last week when the U.S. Senate decided not to advance the new Cyber Intelligence Sharing and Protection Act, also known as CISPA.  A new clause in the bill recently passed by the U.S. House of Representatives would have allowed businesses and the U.S. Government full access to individuals’ personal social media pages as a way to crackdown on cybercrime.

While this particular version of the bill is now considered dead, legislators are re-writing a similar version that could be more protective of citizen privacy.  But if and when a version of this does get passed, professionals nationwide have some serious self-reflection to do.

For many, professional accomplishments are often prioritized ahead of other life goals such as when to start a family or at what age to retire.  So just imagine what will become of us if one of the few places we truly express our personality, our personal social media pages, can now be considered an extension of one’s resume.  Will we be forced to permanently keep our personal pages business-casual?

Suppose for instance that you work at an agency and are on a public relations account for Adidas.  Throughout your work day you’ll likely give your best effort to support the Adidas brand and continue adding to its success.  But let’s assume that on your late-night jog after work you can’t help but lace up your new Nike running shoes and sync your Nike pedometer to your Facebook page.  You’ve seen the posts: “I just crushed a 4.2 mile run with Nike,” which is then followed by a flood of morally-supportive friends liking and commenting on your status.

If your boss had access to your personal Facebook page and saw that type of post, there is a chance you’d be removed from the Adidas account at work due to a conflict of interest.  This could be quite damaging to your career if that account was one you were performing well on.  The question then becomes – under these circumstances, how much of our personal selves must we restrict for the sake of professional success? Is this type of restriction healthy for our well-being, or will it tilt the work-life balance scale too far towards the latter for us to enjoy our personal lives?

Drastic as that may seem, there have already been instances where this extra-access has benefitted a professional workspace.  Take this past NFL football season for instance.  Referee Brian Stropolo was set to officiate a game between the New Orleans Saints and their division rival, the Carolina Panthers.  Shortly before the game, it was brought to the NFL’s attention that this referee was a die-hard New Orleans Saints fan.  His personal Facebook page showed tons of pro-Saints posts and pictures of him wearing Saints gear.  Naturally, a loyal fan such as Mr. Stropolo could not be trusted even under his best efforts to fairly officiate a game involving his favorite team.  He was pulled right before the game started.  Were it not for an awareness of his personal Facebook page by his employer, however, the integrity of that day’s game could have been compromised.

While this is certainly still a developing situation, it is one that we must keep a close eye on.

Which side are you on? Will granting employers access to their employees’ personal social media pages impact how employees brand themselves within their communities? Share your thoughts in the comments.

The Sound and the Fury

Prosek UK Managing Director, Andrew Waterworth, reflects on the irrational and not so irrational link between information overload and investor behaviours in reacting to the unexpected.