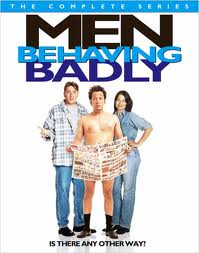 The American TV sitcom Men Behaving Badly aired for only one full season, from 1996-1997.  Today, 15 years or so later, there would be no shortage of content to keep a show with a title like this plugging along for years.  It seems like every week there is another high profile man getting himself into how water.  With so many missteps by powerful politicians, athletes, celebrities and others, there is no shortage of content for a spin-off of the ill-fated TV show that starred Rob Schneider, star of such hits as The Animal and Big Stan.

Here is a Top 10 list (in no particular order) of some of this year’s most prominent examples of men behaving badly: