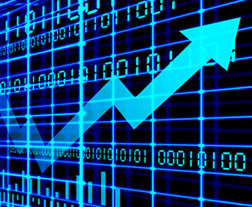 Those of us who are IR practitioners are well-versed in the nuances between Schedule 13D and Schedule 13G filings. We have come to believe that “G” means “good” and that “D” means, well, something other than good.

We know that when an investor acquires more than 5% of a class of publicly traded securities (most often stock), that person has 10 days in which to alert the SEC via a Schedule 13D. The idea behind the filing is to let other investors know that someone has taken a meaningful ownership stake in a security. As part of the paper work when completing the filing, there is a section labeled “Purpose of Transaction” that makes it clear whether or not the investor may wage a proxy contest and in some way look to  force change. Such change could include a potential sale of a company, a change in senior management and/or a change in corporate governance practices, among a laundry list of other desired outcomes.

Hedge funds tend to be those who fight for change the most often. Sure, some mutual funds are speaking out against poor corporate governance practices, but it is still the hedge funds who wage proxy contests and are able to fund them. Perhaps a proxy contest will be supported by mutual funds and other large institutional shareholders, but that’s about as far as they will go; they are not cutting any checks.

It is also hedge funds that have a much shorter investment horizon, meaning that the fastest way for them to generate the largest possible returns is through a liquidity even, such as the forced sale of the company or through similar means. This is often in contrast to a company that follows a 3-5 year business plan and other shareholders who may be longer-term holders. (We’ll come back to this in a minute.)

The Schedule 13G is very similar, except for one major factor: the person who now owns more than 5% of a security is a passive investor and not interested in pursuing an activist agenda. An activist shareholder is simply not allowed to file a Schedule 13G and then engage in activism. Should a Schedule 13G filer decide to become an activist, then a Schedule 13D would need to be filed.

The difference between a Schedule 13D and Schedule 13G is pretty clear: are you an activist shareholder or not. But what if a 13D (or even a 13G) filer has other intentions besides activism? Many hedge funds and other investors follow the actions of activists very closely. When they see an activist file a Schedule 13D, they know there is the potential for a proxy contest to take place, and therefore upside for owners of a stock should the activist force the change they are after, especially if it includes the sale of the company at a significant premium. When an activist files a Schedule 13D it is like blood in the water, and other hedge funds and investors may start buying up shares as a result. But what if this is all the activist wants and has no intention of pursuing an activist agenda? Does it sound odd? It shouldn’t. It’s called stock manipulation and it happens more often than you think. What happens is the “activist” will buy up shares, knowing that others will jump in when the Schedule 13D gets filed, then when others see the filing and realize an activist is involved, they too will buy shares, driving up the price, at which point the “activist” starts reducing their position while making a nice profit.

The moral of the story: it is not enough to simply begin paying attention to activists as they buy shares when they cross the 5% ownership threshold, but also on the way up to that point, and then after. The buying and selling patterns will tell you if you need to prepare for activism, or alert the SEC to potential stock manipulation.

Give Heed to the Next Generation of Activists (And Their Targets)