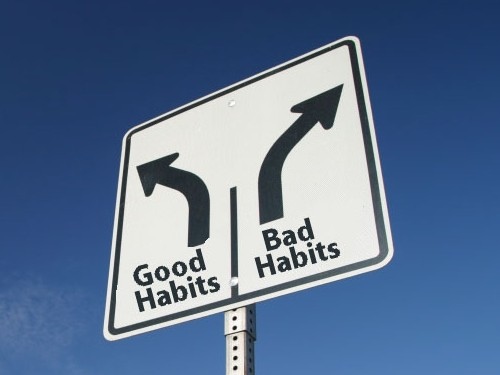 Every time a new year rolls in, we expect it to be different than the last. You’re probably saying, “this year is the year I’m going to lose weight” -- or perhaps you want to eat healthier, be more organized or spend more time with family. Unfortunately, according to a recent study by the University of Scranton, only 8 percent of people actually achieve their New Year’s resolutions. I’ll admit, looking back, I can’t remember a time I actually achieved a resolution myself. But why do we fail year after year?

Chances are the goal of your New Year’s resolution is to eliminate a negative habit or to form a new, positive one. Charles Duhigg, New York Times reporter and author of The Power of Habit (2012), argues that the problem is that people don’t fully understand how their habits work. Habits, he argues are composed of three parts: cues, routines and rewards. The cue can be a time a location or an emotional state – anything that triggers a certain routine. The routine is the behavior itself. Finally, there’s a reward which serves as the ultimate motivation behind the habit (but not always the motivation you would expect).

Duhigg gives an example his own (former) bad habit of eating a cookie every afternoon. He noticed that he craved a cookie around 3:00 p.m. every day and figured out that the “cue” was time.  His routine was to go to the cafeteria around that time and buy a cookie and talk to his colleagues. By analyzing the routine, he realized that the “reward” was not actually a cookie, but socialization. To change the habit, at 3:00 p.m. he would walk around the office and talks to his colleagues instead.  Now, he has a new habit of walking around the office at that time and his urge to eat a cookie has completely disappeared.

The Power of Habit By Charles Duhigg

Last week in an interview on NPR, Duhigg explained, “When your brain is exposed to a certain cue, it'll kind of go on autopilot because it craves the reward it expects to come at the end. That's why, for instance, when people - people can wake up in the morning, and they get into their car, and then they're at their desk at work, and they don't really remember what happened in between, right, they just showed up there. Things become automatic.”

According to Duhigg, 40 to 45 percent of the choices we make each day are actually automatic, unconscious habits, rather than active decisions. However, he claims that if we are able to diagnose our habits by identifying the cues, routines and rewards associated with them, we can change them however we want.  In this way, we can rewire our brains to create beneficial effects from our habits, rather than destructive ones.

“You shouldn't just say, I used to smoke and now I'm not going to smoke. What you should do instead is you should identify those cues in rewards and find a new behavior that corresponds to the old cue, and deliver something similar to the old reward,” he explained on NPR.

PR professionals, marketers and advertisers often look at the way habits form when developing campaigns.  One particularly shocking example of a habit-driven campaign in the book is the story of 20th century advertising pioneer, Claude Hopkins’ campaign for Pepsodent toothpaste in the early 1900s. Hopkins’ ads pointed out that a cloudy film of plaque would appear on the teeth (thereby creating a new cue that would trigger the behavior of tooth brushing) and promised that using Pepsodent daily would lead to a more beautiful smile (promising a reward). According Duhigg, only 7 percent of people brushed their teeth before this campaign, but a decade later 65 percent did. Today, it’s hard to imagine living in a world where tooth brushing is not a daily habit!

A modern example of a business strategy that taps into the power of habit is Starbucks. To sell a product or service that really resonates with customers, Duhigg argues that you have to reanalyze the reward. The reason Starbucks can sell coffee for $5 is because Howard Shultz realized that the “reward” in the habit of buying coffee each morning is the experience and customer service, not necessarily just the coffee itself. To make sure customers received this reward, Shultz redesigned the company’s training strategy to focus on getting employees into the habit of providing excellent customer service.

While some negative habits are certainly harder to break than others, the book leaves the reader feeling empowered. If Duhigg’s hypothesis is true, it reveals that any pattern – personal or collective - can be altered. In public relations and in business, we have the power to influence others with messages. Perhaps if we can better analyze how these patterns work, we will have power to change not only our own habits, but to encourage positive change in others as well.

Here’s to keeping that resolution and more in 2013.