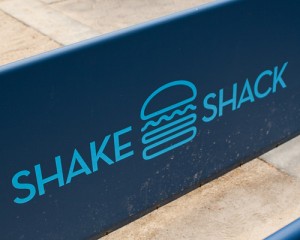 Every city seems to have a claim to fame food item.  For Philadelphia it’s the cheese steak, Boston has its chowder and New York is home to the best pizza slice.  Well, not so fast.  There is a new food item in town, the hamburger.  Walking around the city there seems to be almost as many burger joints as there are places to get a famous New York slice.  Among them all, one reigns king.

The Shake Shack, located in Madison Square Park, is the “it” place to get a burger in New York  during the summer.  The menu is simple, the prices are decent, and the lines are long.  No matter the time or day you can expect to see a line of people winding through the park all waiting to chow down at this popular spot.  Is it worth the wait? Well, that just might be a topic for another blog post. 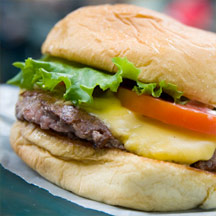 But what makes the Shake Shack so buzz worthy?  Some might say their special sauce or maybe it’s the real cheese on the fries.  You can also order wine and local beer, the Shackmesiter Ale hits the spot on a hot afternoon.  And don’t forget the dessert; it isn’t called the Shake Shack for nothing.  The atmosphere racks up some points for the Shake Shack too.  There’s something magical about a little burger stand in the middle of the park lit up by lights on a warm summer night.

So what do you think New Yorkers, are you ready to trade in your slice of pizza for a hamburger in the park?

Emily Dietz is an intern at CJP Communications

Daring to be Different: Inspiration from the Big E