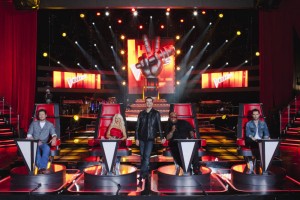 I have to admit - this past week I watched far too much reality television and I'm not proud of it. I caught The Voice, America's Next Restaurant and The Celebrity Apprentice.

As I watched, I tried to figure out why people get so hooked on these shows. It's certainly not the fact that I identify with the next big singer, chef or Star Jones, so I started to analyze the other reasons:

All of those characteristics drive human behavior, which is why I believe I (and many others) am driven to watch these types of programs. Personally, the competitive nature of the shows keeps me tuning in.

The other thing I'm drawn to (especially on The Voice and Celebrity Apprentice) is the personality of celebrities beyond their pipes or what they are best known for doing. I was surprised and delighted by how big a personality Blake Shelton has on the show and the dynamic of the entire “coaching” cast – Christina Aguilera, Cee Lo Green and Adam Levine.

On the opposite side, I couldn’t help but be appalled by some of the behaviors demonstrated on Celebrity Apprentice. You can expect some of that from a “Real Housewives” cast member but I am more surprised that Donald Trump allows the cattiness to be aired out on the show. Personally, if given the opportunity, I would say “Thank you very much, Donald, but you’re fired.”

The fact is I still watch – whether it’s because I love it or love to hate it – and I’m pretty sure I’m joined by many other Americans who are fixated by some of the very same things.

So, I’ll pose the question: Which reality television show is your favorite and do you love it or love to hate it?

Adel Raslan recaps the week's fintech headlines in this issue of Fintech Talk.