The Unquotables: PR, Politics and the Quote Check 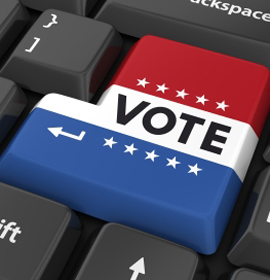 Are quote reviews making our politicians sound (even more) boring? Regardless of who you’re voting for in 2012, it’s pretty clear that we’re not getting much information from either side of the aisle that isn’t flat or clearly watered down. This weekend The New York Times pulled the curtains back on an issue that we PR people (and our clients) deal with on a daily basis. It’s something that takes the color out of the articles we read about the upcoming election. It is, quote checking and review.

To those unfamiliar with the process, this is the act of dangling a juicy bit (or actually, in many cases, a not so juicy bit) of information in front of a reporter and then allowing them to write about it only after they’ve agreed to let us “tweak” the language they pull from the ensuing interview. In theory, changes are only made to quotes or sentences that are factually incorrect, but you can imagine that there are cases when whole paragraphs end up rewritten by communications teams or the source themselves. You can also imagine that the reporter on the other end of the line or email chain is not thrilled. But it happens and it’s also part of the reason why public relations professionals exist. We can help mediate between our clients and the media to ensure that if and when these changes are made, they’re as fair as possible and both parties are content.

The Times’ piece focused on how both the Obama and Romney campaigns are hyper-focused on quote checking and are even more aggressive with its use than in the past. In a time when information can slip out via 140 characters and be shared by millions instantly, it seems the 2012 presidential communications teams are loathed to share any information without fighting to keep control over the message.

The article points to the fact that while reporters on the trail hate to do it, not reporting on the story at all is much less savory than allowing for either side to review what they’re planning to print. It also highlights that as a result of this, those of us reading these articles, trying to figure out Romney’s stance on X or Obama’s stance on Y are only getting the most boring of details. Not surprisingly (though from the innocuously worded quotes attributed to them it may be a surprise) the men and women sharing this information from both sides are colorful and have personalities (They curse! They ramble! Who knew?!). But these details never make it past the first screening process of a quote review. It’s too bad. Getting a real glimpse of the people that our President and the soon to be Republican presidential nominee have chosen to speak on their behalf seems like relevant information when debating the pros and cons of either candidate.

While it’s unlikely that the media will change and refuse to provide quote reviews (after all, being refused any access to important sources seems like a worse alternative than watered-down quotes), I can’t help but wonder what this election season would look like if more of the “real” conversation had a chance to get printed.

Fonts, Their Flavors and Why Comic Sans is Evil Incarnate