Around the World in 90 Seconds

The recession taught us many things, but for me one of the most poignant lessons was that the world has shrunk, borders have opened (although my immigration lawyer would disagree), and the news is truly global.  No longer can a PR professional survive without at least a basic knowledge of how the media works in the key financial markets. 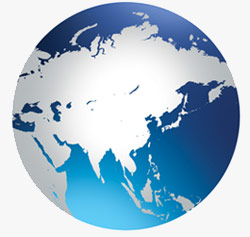 As an Englishwoman in New York, I know something about experiencing new cultures (I still refuse to call it a fanny pack), and thanks to the generous 6-week vacation I was granted in the UK, I managed to escape the rainy English shores on a frequent basis to visit Europe, Asia, Australia, Africa and North and South America. The differences are vast and my travels have taught me the importance of understanding local cultures when dealing with overseas clients and media.

After spending half my career in London, I’m often called upon to give guidance to our clients that are trying to break into that market and vice versa for British companies that are trying to build their profile in the US and I always stress the differences. For example, in the UK, there are over 15 national newspapers versus only 4 in the US – that’s an awful lot more column inches for a much smaller market! There are also a lot of cultural differences. Remember the British stiff upper lip? Ever tried taking a British spokesperson (myself included) and putting them on a US TV station? It takes a lot of training for us Brits to shake that reserved outer shell and take on a more American approach.

Knowing that having a transatlantic knowledge of the media was not going to be enough in this new world order, we recently embarked on a whistle stop tour of the key Asian markets, meeting our partners in Hong Kong, China and Japan.

To me, Asia is the new social media. After years of talking about using Twitter, Asia is the new hot topic for my clients, and after spending several nights pitching financial publications in Hong Kong and Singapore, it became clear that having an understanding of the media across Asia was going to be essential.

Practicing PR in Hong Kong is a nice mix of the best things about the UK and the US. There are a smaller number of publications like the US but it is very relationship driven like the UK.  The practice of PR though is very similar and most professionals are from the UK, US or Australian markets, bringing with them the cultural knowledge of those markets. The trade media also break a lot of the big stories.

China on the other hand is a totally different world. For financial PR professionals, it presents an interesting challenge as while most of the large financial institutions are based in Shanghai, the financial media is in Beijing. The market is much more focused on press conferences and for international companies breaking in to China an opening event is essential. Although the practice of ‘transportation costs’ is difficult to comprehend for Western companies, particularly in the US, their payment is still widespread.  Like many different professions, the war for talent in China is also rife with many firms turning to Taiwan and Hong Kong to attract senior professionals.

Our final stop, Tokyo, was perhaps the most interesting to me. Despite a population of less than half that of the US, the world’s top five newspapers by circulation are all Japanese. In fact, Japan’s largest regional newspaper is twice the size of The Wall Street Journal. The Japanese have an unbelievable thirst for news and are very trusting of what they read.

Although Japan is very advanced in many ways, there remain some traditional practices that PR people should understand. Industry specific Press Clubs should form part of your media strategy. Pres s releases are hand delivered to these press rooms and often there can be a hierarchy about which reporter can cover the news first.

These are only a handful of the differences that I have picked up over the last 10 years and I’m sure any global PR professional could add to my observations.  I for one, look forward to learning all about the next emerging media market, which I secretly hope is The Maldives – any volunteers to join me?