Big Manager Finally Advertises, But Will it Really Change Anything? 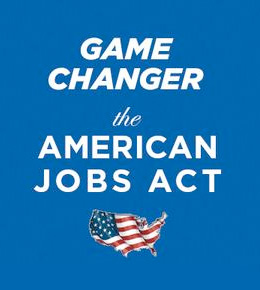 Since the JOBS Act was passed in September of 2013, all of us PR professionals have been wondering why there isn't anyone taking advantage of the advertising ban lift. In fact, business has virtually stayed status quo since September, and when asked about advertising, all managers, both big and small, seem to give the same answer: a scoff. But when we prod more and read between the lines, the real answer seems to be that everyone is waiting to see what everyone else is going to do first. No one wants to be the first firm to test the waters; they're waiting for someone else to be the guinea pig.

TopTurn Capital, a small California hedge fund, took the plunge in December, but it was brushed off by most as a small emerging manager trying to get capital. And though there was some chatter initially, it died down after a few stories and that seemed to be the end of it. It seemed as if no one was going to advertise.

Well that was until recently. This month, Balyasny Asset Management, the Chicago-based hedge fund with $4.3 billion in assets under management (AUM), took out a half-page ad in Pensions & Investments. Since being published earlier this month, the ad has received substantial notice, including a large story in The New York Times today calling it "the boldest example yet of a hedge fund taking advantage" of the ban lift. And the reason there is so much chatter is because managers view Balysany as an established firm, as it has surpassed the "$1 billion, we've made it, mark."

And even though we all expected this to happen at some point, many of us are still amazed someone has decided to be the true guinea pig. Despite Balyasny's foray into unexplored territory, observers are still skeptical if anyone else is going to follow suit. Here is why:

So stay tuned for the next hedge fund advertising development. Who do you think be the next brave contestant?

Compact, Vibrant, and Lots of Funny: Why Nokia's Self-Review is Good, Bad and Ugly