Daring to be Different: Inspiration from the Big E 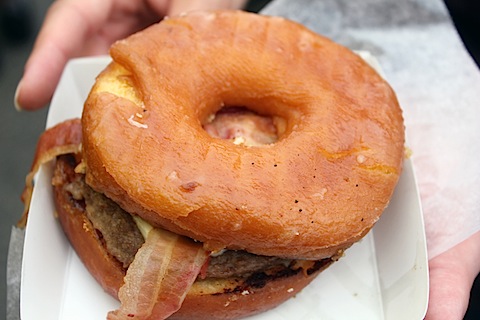 As the weather turns cooler and the leaves start to change, it’s a sure sign of what’s to come over the next couple of weeks: annual fair season.

And with it, a multitude of food combinations, some of which only Anthony Bourdain could stomach.

In honor of fair season, and the BIG E opening its gates for the 2013 season, we take a look at some of the wild and crazy menu options available this year.

If you are among those who flock to the fairgrounds in Massachusetts, your taste buds will be tantalized with the following:

What makes the thousands of people that flock to the BIG E fairgrounds come back for more year after year? You guessed it—the out of the box (and sometimes out of this world) inventions that seem to get better and better.

And, as PR professionals, we too must stand out in the crowd, be it a quirky new invention (chocolate covered bacon anyone?)  . . . or a viewpoint that sets your client out from the rest.

So, I may ask—if you are headed to the BIG E this year, what will your indulgence be?

Are We Pushing Ourselves Into Being Less Productive Workers?