My grandfather was one of the smartest people I have ever known, or will ever meet. Born and raised in Boston, he was the baby of a large family typical of the 1920s and 30s. In his youth, he worked odd jobs with his brothers to help support the family until he was drafted into the Army and served in Europe during World War II. He returned from his service, met my grandmother and started a family.

From an early age, he had a passion for knowledge and learning, and became a German professor. He moved to Hampton, VA, where he was one of a handful of white professors at nearby Hampton Institute (now University). In a segregated South, he wouldn’t allow his family to be at “White’s Only” beaches or restaurants. He took them to sit-ins and protests because he cared for everyone around him and wanted equality for those who didn’t have it.

In 1966, they moved to Springfield, OH, where my grandfather then became the chairman of the foreign language department at Wittenberg University. His passion for education never waned, and when he retired, a book fund – that’s still alive today – was named in his honor at the school. Though known to be strict, he made an impact on every student that walked through his classroom doors.

Outside of the classroom, he was a leader in any Jewish community he lived and passed down his love of the Red Sox to his whole family. Education was paramount in his life – he was always teaching and always learning. That’s why it was so strange when I saw him in the summer of 2015. He looked dazed, confused and didn’t have his signature grin or wit that I was so accustomed to. That’s when I found out he had Alzheimer’s and would never be the same.

Why is all of this background important? Why share these small anecdotes about his personality and life that don’t relate to Alzheimer’s? Because once an Alzheimer’s diagnosis becomes reality, you’re left with memories of who that person once was.

I lived with my grandparents on Cape Cod for the summer of 2016 while I was broadcasting summer collegiate baseball. The stern, smiling and acute man that I had known my entire life was there, but very little of his personality was. Everyday routine tasks, like getting dressed and eating became hour-long chores and it was wearing on our entire family.

That’s what makes Alzheimer’s so unfair: it takes someone you know and love and creates a shell of that person in front of your eyes. All of their memories, good intentions and personality are slowly drained, leaving an everlasting feeling of helplessness knowing you can’t do anything to stop it. 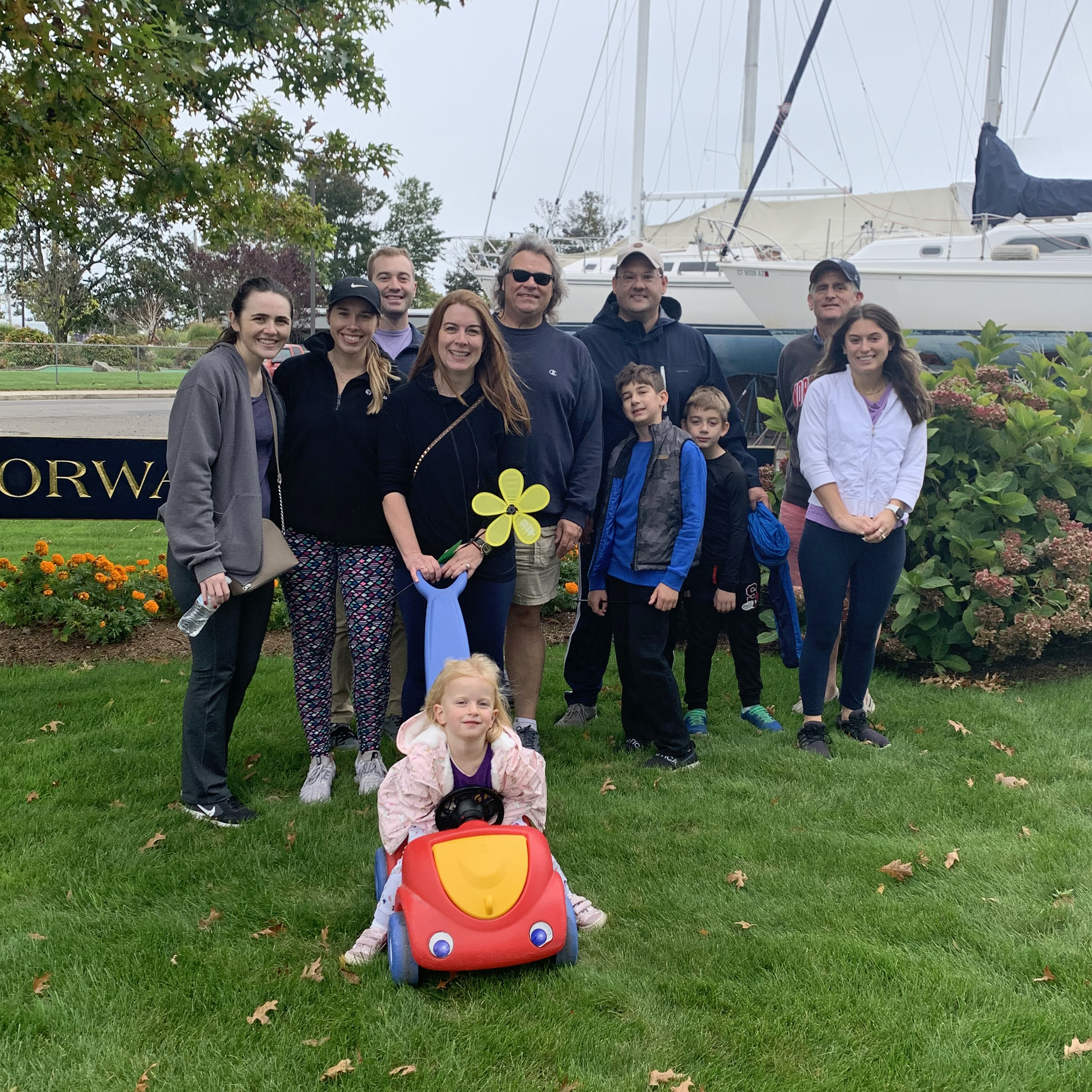 When I joined Prosek in July 2020, it was my first time being a part of a larger, corporate environment. I knew what office culture was, but I had never seen it first-hand. Then I received an email from Pro-Giveback about the 2020 Alzheimer’s Walk and joining “Team Prosek.” I understood that Prosek wasn’t just a business, but a community to help and support one another. I’ve had the chance to speak with Caroline about her journey dealing with Alzheimer’s within her own family and share my own with anyone curious. While Alzheimer’s is a disease that affects the brain internally, it also brings an entire community of surviving families together.

It was so wonderful to have Team Prosek back in person at the 2021 Walk to End Alzheimer’s last week. New Prosekians, seasoned Prosekians and their families came to support a cause larger than ourselves and bring light to a cause that affects our loved ones. As long as our community remains strong, the fight is never over. I am looking forward to the 2022 walk, making our team bigger and better than ever and continuing the fight against Alzheimer’s! Love and miss you, Saba.

6 Ways to Jumpstart Your Recycling Habits From Home

As you continue to develop new routines while working from home, check out a list of ways you can contribute to a sustainable world from the comfort of your own home.

Give & Take: Homes for the Brave

In the latest from our Give & Take series, Anna Leone shares her recent experience volunteering at Homes for the Brave in Bridgeport, CT.

Give & Take: Support a Cause that Makes a Difference to You

To recognize National Drug and Alcohol Facts Week, Rebecca shares her experience supporting Shatterproof and its mission to reduce the impact of addiction on families.