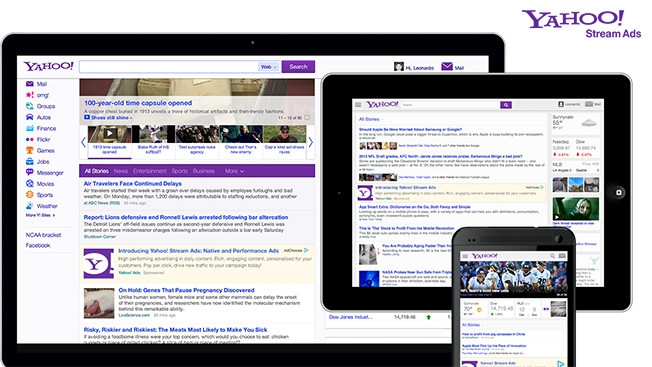 This week, while flipping through the latest issue of Marie Claire, a page that caught my eye—it was chock-full of statistics and quick hits of advice, organized well and filled with fun graphics. As I read through the piece, I finally settled on the small but bold logo at the bottom of the page. I was reading an advertisement, seamlessly folded into the pages of Marie Claire, practically posing as an article.

Native advertising, which mimics content and is less intrusive to readers (although a proper definition is debated), has emerged as a buzzword in the ad world. As publications crunch numbers to support their news content, advertising has become an essential source of revenue—fellow Prosekian Julia discussed this topic in September. Yet creating compelling ads for a generation of readers who want their news quicker than ever has become a challenge. Native advertising offers a unique alternative to traditional banner ads, and has already proven more effective in attracting eyeballs.

Recently, native advertising came to the forefront of conversation with Yahoo!’s acquisition of Tumblr, a pioneer in this strategy. Tumblr Radar positions brands’ posts in a reserved section on every user’s dashboard, and users can pay to promote their own blogs. Although Tumblr wasn’t able to fully monetize native ads, a company like Yahoo! may give this strategy the kick it needs to drive revenue. Certainly, the 17.5 billion page views that Tumblr generates daily may become a hotbed for ads, but Tumblr also offers Yahoo! a platform where readers are actively seeking compelling content, sponsored or not.

So, as blogs like Tumblr and Buzzfeed (also a major player in the native ad space) begin to blur the lines of editorial and advertising, what does this mean for traditional, trusted media outlets?

For The New York Times, there is still a high wall between editorial and advertising, Adweek reports. The Times’ Idea Lab crafts innovative ad campaigns to help brands stand out in a space littered with traditional display advertising. Some of the Idea Lab’s best-remembered ad campaigns include finding The New York Times cover on the day you were born (Prudential), helping Schroeder of the Peanuts gang play the piano with your keyboard (Metlife), and the Neiman Marcus front page takeover and custom timeline for their designer collaboration during the 2012 holidays. Engaging? Yes. Native? Maybe not.

To keep the church & state-like divide alive, the Idea Lab has restricted communication with the editorial department. They limit interaction to about once a month, which allows the pub to harness some internal expertise while maintaining journalistic integrity.

And then there’s sponsored content. The Washington Post launched BrandConnect in March, a platform a la Forbes’ BrandVoice. The platform enables marketers to create and publish sponsored articles, but the site is quick to clarify that the newsroom is not involved in content development. CTIA, the wireless trade organization, was the inaugural advertiser and its posts appeared alongside main news items, with the disclaimer: “Sponsor Generated Content.”

As a PR professional, each day I see the value in content created by brands, but also the importance of collaboration with editorial to tell a company’s story. As/if native advertising continues to take off, it will be interesting to see how both publications and readers respond.

It’s likely that this topic will be debated throughout the next year, as Yahoo! tries their hand at properly monetizing native ads and traditional media continue to grow their advertising offerings. What do you think—does native advertising cross the editorial/advertising line? Image Courtesy: Adweek

Why Corporations Must Care About Your Personal Brand