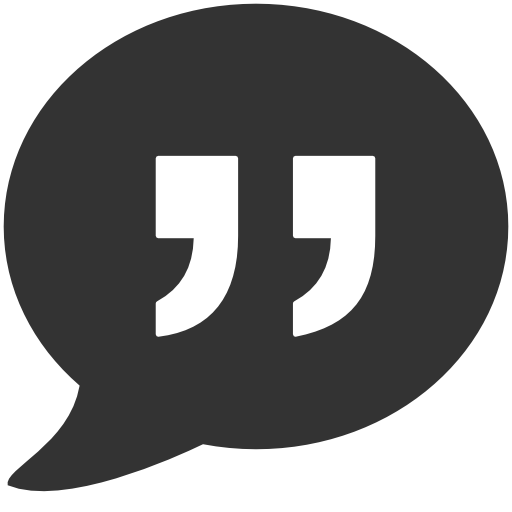 As someone who has been in and around the media for more than 20 years, I've gained a special appreciation for what makes a good quote. You know the ones. Maybe it's the perfect analogy–a witty metaphor or some well-chosen words laced with emotion. A lot of words get spoken in an interview or at a press conference but only a few select ones are quoted. And, it's the best of the best that end up leading the story, closing the story (the "kicker") or being highlighted on the page in bold, distinct type (the "pull out quote"). Those are the notable quotes.

Here now is a look back at the top five quotes from the past week that deserve a little extra attention . . .

#5. "What? Over? Did you say "over"? Nothing is over until we decide it is! Was it over when the Germans bombed Pearl Harbor? Hell no!"

On February 24th we lost one of the greatest comedy writers, directors and actors of all time, Harold Ramis. Trying to choose the best quote from a Ramis movie is a little like trying to count the stars in the sky; you get a headache after a little while. The one above is from Animal House and I guess it's as good as any to honor Ramis. As I look over his list of movies including Animal House, Caddyshack, Vacation, Meatballs, Back to School, Stripes, Ghostbusters . . . I realize that he is the source of a disturbing percentage of the words I have uttered during my life since I saw my first Ramis movie at the age of 9. (That movie, of course, was Animal House which I saw in the theater with my parents. Thanks Mom and Dad.) In fact, I probably haven't had that many original funny thoughts over the course of my life, most of the time I just parrot his lines. Fortunately, I am not alone. Ramis' influence was fairly universal. After his death, President Obama issued a statement wishing him "total consciousness" on his deathbed. So, it's nice to know he has that going for him. By the way, if you want to waste a lot of time. Here's a full list of the great Animal House quotes. His other movies are on that site too. You may want to clear your calendar.

This quote did not appear in the newspaper or on TV or on Buzzfeed. It's courtesy of my seven-year-old daughter. My wife and I were discussing whether or not a particular movie with its language and content was suitable for the whole family. Truth be told, I forget which movie we were even talking about; it may have been one of the previously mentioned Ramis movies (the kids do love Meatballs) or it may have been a John Hughes movie (Ferris Bueller, Sixteen Candles, Breakfast Club, Weird Science). Finally, my daughter interrupts and says, "Guys, don't worry, it's just going to go over my head anyway." We just started laughing. Now, I still don't know if she even knows what that means or if she was being sincere. Quite possibly she was just trying to trick us into letting her watch something inappropriate. In either case, after that witty quote I am kind of inclined to let her watch whatever she wants.

Even if you don't live in the Northeast I am guessing you've heard that we've had a pretty tough winter. Lots of cold, lots of snow, lots of ice. You may have also heard about this thing called MetroNorth. It's the train system that rolls through bucolic towns in Connecticut and Westchester en route to New York City. And, it's kind of a mess. The trains run late, they run slow and they're overcrowded. Here's a picture: 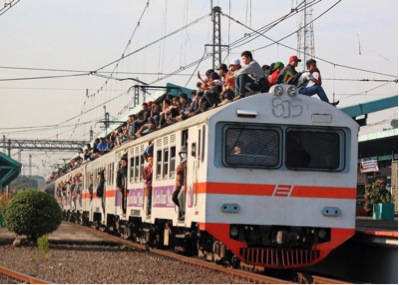 Just kidding. But trust me, the real picture isn't that much better. Last week the Metro North authorities decided to hold a hearing to listen to customer complaints. A friend of mine, Spencer Brown, spoke at the hearing. "If this was a restaurant, nobody would eat here, and if it was an airline, nobody would fly," Brown said. "The real problem is that there is no responsibility being taken, and there won't be any change until that happens." Not surprisingly, his well thought out analogy got plenty of pick up in the media. Unfortunately, without a competing restaurant or airline all we can really do is come up with clever quotes to share our frustration.

#2 "We are pleased to report that the official ban on talking in elevators will be lifted effective immediately."

Not sure if you been following this or not but there is a Twitter handle that popped up about three years ago called @GSElevator. It purports to share comments that are overheard in the elevators of Goldman Sachs. The tweets are witty and biting and the handle has almost 650,000 followers! Here's an example: 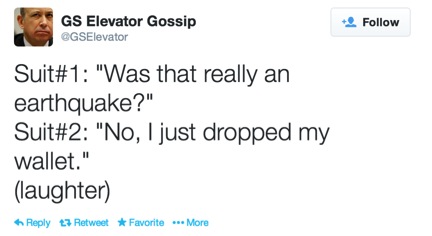 Well, this week Andrew Ross Sorkin and his Dealbook team at The New York Times uncovered the source of the tweets. They have come from a 34-year-old former bond executive named John Lefevre who lives in Texas. While he once had an offer to work at Goldman he never did. He merely chose to parody what was supposedly happening in the halls of the firm because according to him, Goldman has a lot of  "love/hate Main Street appeal," (clearly, he's on to something as he just signed a major deal to turn his tweets into a book). We should give credit however to the Goldman communications team for their playful response in the article. A Goldman spokesman, after being told that @GSElevator had been unmasked, said in a statement, "We are pleased to report that the official ban on talking in elevators will be lifted effective immediately." Goldman gets its share of attacks in the media on a regular basis. And one can imagine it can lead to some stressful situations for the communications team on the front lines. It can be enough to ask for them to just keep their wits about them, never mind actually being witty. It was good to see in this case they certainly haven't lost their sense of humor.

#1 I'm Secretariat. Why would you bet on anyone other than Secretariat?"

Greg Zuckerman at the WSJ once said he likes to write about home runs and strikeouts and not much else in between. His story that ran last Monday, which he co-wrote with Kirsten Grind, about the "Showdown Atop Pimco" certainly fit that bill. The article takes a behind the scenes look at what led to the surprise resignation of Chief Executive Officer, Mohamed El-Erian. There are plenty of good anecdotes and details that help paint the picture of the battle between El-Erian and Bill Gross who co-founded the firm in 1971. As expected, any time you have a potentially acrimonious high level departure at a company the barbs will come out (usually from unnamed sources,) people will be painted badly and all sides tend to get dirty in the mud. However, there was one quote in the story that certainly stole the show and was the one everyone seemed to be talking about.

During investment committee meetings, when Mr. El-Erian or others discussed stocks or other topics not related to bonds, Mr. Gross often looked bored, say people who attended the meetings. Sometimes he walked out of the room, effectively ending the discussions, they say, and he became more dismissive of Mr. El-Erian's views. Late last year, in front of a number of traders, Mr. Gross said, "if only Mohamed would let me, I could run all the $2 trillion myself" . . . I'm Secretariat," referring to the famed thoroughbred. "Why would you bet on anyone other than Secretariat?"

The quote was instant fodder for comment and opinion - including one mention that painted an image of Gross galloping around the trading floor with a saddle on his back. The details of the story are likely to dissipate over time, but you have to give credit to Gross and the PIMCO team for doing a successful job at trying to mute the damage by immediately granting a follow up interview to The Wall Street Journal, calling into CNBC that morning and smartly having parent company Allianz boast about his leadership in the press. In the follow up article in the WSJ it paraphrased Gross as saying he sometimes uses humor to make points on the trading floor and that his jokes may be misinterpreted by some as denigration.  At the end of the day, Gross is still a world-class investment manager. But with that said, I'm guessing this article served as a bit of a wake-up call and moving forward, he might have to choose his words as carefully as he chooses his investments.