To Boldly Go Where No One Has Gone Before... 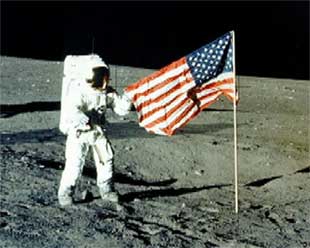 This past Friday, July 20, marked the anniversary of Neil Armstrong’s famous moon landing. Before this date in 1969, what we knew of space came from the minds of authors and directors, such as Sir Arthur C. Clarke – one of the most notable sci-fi writers of all time. He, and others like him, portrayed a future with marvelous technologies beyond comprehension. . . or are they?

The “fictional” technology that we see in books, movies and on television (well, even that’s becoming obsolete now, so online?), which we once imagined to be futuristic, is crossing the great divide from fiction to reality at an increasing rate.

In fact, The New York Times recently published an interactive article titled “32 Innovations That Will Change Your Tomorrow”, which highlights future technologies under development, most of which first saw public exposure through a sci-fi outlet. Below are just two examples (check out the article for more):

Even Prosek’s own client, Hiscox, has their very own web series which features technology that most people think to be the stuff of Star Trek/Star Wars, Back to the Future or even The Jetsons. A TV show that is online with futuristic technology that’s becoming reality, all in one place. . . I just blew your mind, didn’t I?  Hiscox’s Leap Year surrounds five friends who launch a small business surrounding their product: a holographic conference call prototype. Sounds like something from a sci-fi junkies dream, but it’s not. According to a prediction from IBM, most cell phones will have a holographic calling feature by the year 2015. . . that’s 3 years from now! Beyond that, a certain music star, who passed away in 1996, made a surprise guest appearance at a concert this past April (as a hologram).

As technology continues to develop, so does the rate at which it develops – want a scientific explanation on how this happens, check out: exponential growth, Moore’s Law and The Law of Accelerating Returns.

So, as we wrap up, I pose a few questions for thought: seeing that technology is ever increasing and meeting our fictional predictions, what will be next? How far will we go? Will we ever have the capability to fly through space like Captain Kirk or Picard? If so, what’s after that? Exploring alternate dimensions and realities? Traveling through time? Who will be the next Arthur Clarke? I welcome your responses via the comments section.

And, one final question. . . what other boundaries will sci-fi help us cross and how far will it take us?

Gen Y - What's All The Fuss About?