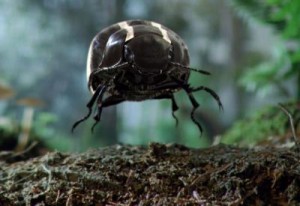 Soon after the Jets lost to the Steelers in the AFC championship a few weekends ago, I decided to throw my new-found enthusiasm for the great American sport behind another fierce Super Bowl XLV competitor – the commercials. I was on edge from the get go with the first fumble of the game – Christina Aguilera’s new rendition of the national anthem that is. As the sportscasters brought us to the first commercial break of the game, I took a quick break from the oven where nachos were achieving the perfect shade of brown. My boyfriend took one look at the sparkling kitchen on the TV screen and called it – “Bud Light!” One point for him. I was shocked when the avid pigskin fan continued to call the right commercials for the next two as well – “Doritos and Audi will be next!”. Looks like he completely swore off betting on the game after his precious Jets lost.

While the first few plays gave hope the commercials would run the full game strong, I have to say I was a bit disappointed in the strategy one of the big players had put into place for the long-term. You may recall the “to be continued…” campaign that Budweiser debuted during the NFL Playoffs. I was disenchanted to learn that the edge-of-your-seat ‘Wild West’ spot gave way to a silly chorus of Elton John’s “Tiny Dancer”. Personally, some of my favorite ads came from tire maker, Bridgestone. The company’s ‘Reply All’ spot was quick and witty and I appreciate the underlying plug for having reliable tires.

MVP of the game definitely went to Volkswagen, who followed up the Oprah show debut of the redesigned 21st Century Beetle (well, just a peak at the silhouette anyway) with a few commercials that really took the win for me. Volkswagen’s ‘The Force’ seems to have stolen the hearts of the whole country as well – who knew you could see such expression from a little kid wearing an oversized Darth Vadar mask!? NBC’s 'TODAY' unmasked the little boy, Max Page, who scored the winning touchdown for Super Bowl XLV’s commercial lineup with a great interview on Monday morning and what a cutie he is!!

PS – As a follow-up to Dawn Zinkewich’s post below it seems social media is really getting some play following the commercials that aired during Super Bowl XLV. USA Today wrote today about how social media has been fueling the buzz behind the much anticipated Super Bowl commercials this year. You can even “like” or “dislike” all the commercials on YouTube’s AdBlitz channel and vote for the best ones. Now how’s that for a measure of ROI!