Roundtable: What Do SOPA and PIPA Mean for the Internet 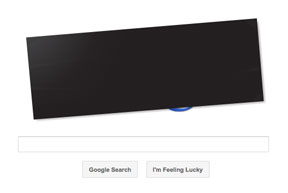 Welcome to today's hot topics: SOPA (Stop Online Piracy Act) and PIPA (Protect IP Act). Is anyone REALLY for it? Sure, I can defend aspects of it. I'm sure anyone can. Shouldn't a company who produces music be allowed to regulate how it's used online? Of course... but how much is too much regulation, and when does big brother get too much of a watchful eye? Frankly, the very concept of corporations being able to control what I think and say online thoroughly irritates me, and cynically I know that some disgruntled punk somewhere will make it his life's prerogative to make sure I never quote their lyrics and reference their music. Ugh, I could editorialize, but I'd just be ranting, so yeah, let's move on to the REAL main event here:

Wikipedia and other websites pulled their virtual plugs on Wednesday, January 18th in protest of SOPA and PIPA. Will their collective voices be heard, or are SOPA and PIPA necessary legislations?

Are you still unclear about what SOPA and PIPA are and how they work? Check out our previous educational post on the subject.

My peers above raised many great points. What do you think?

New Hire Training: Worth the Time and Investment